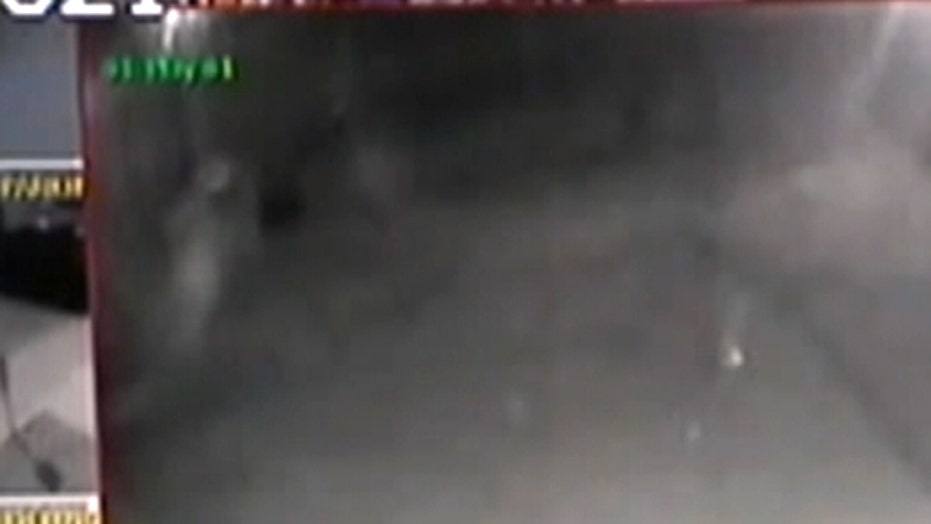 Is that a ghost? Cops claim they 'caught' supernatural being

Next time you see a ghost, ‘who you gonna call?’ For those who live in Espanola, New Mexico, it won’t be Bill Murray and his fellow Ghostbusters, but instead the local police department. On Sept. 20, Officer Karl Romero of the Espanola Police Department was on duty watching surveillance video from around the station when he spotted something strange. What he saw spooked him. In the surveillance footage, a foggy figure is seen moving through a parking lot and through a secured gate.

“At first I thought it was a fly, a moth, and then I saw the legs and it was a human,” Romero told KOAT.

While not entirely clear, the object in the video that moves across the screen appears to be walking. Skeptics might raise their eyebrows at Romero’s claims that the shape on the screen is something otherworldly, but it is the kind of spectral presence that Detective Solomon Romero said is not out of the ordinary at the station.

“A lot of officers have seen certain things,” Det. Romero said. “Some officers have felt someone breathing down their necks as they’re working in the briefing room.”

For those who have watched movies like “Poltergeist,” the question of whether or not the station is built over ancient burial grounds immediately comes up. KOAT reports that the department, which has been at this location since 2006, is not standing over any hallowed ground and no inmates have ever died on the premises.

That being said, those who work at the station have their fair share of spine-tingling stories. Many of the officers have reported hearing unusual noises in the middle of the night as well as seeing strange images in the building’s lobby that can’t be easily explained.

Just in time for Halloween season, these unexplained sightings have left many at the station rattled. Is the image in the video a speck of dust, or a visitor from the ‘beyond?’ For Det. Romero, at least, the answer is clear.

“I do believe in ghosts,” Det. Romero said, adding that “we’ve had some unsolved murders in the area.”