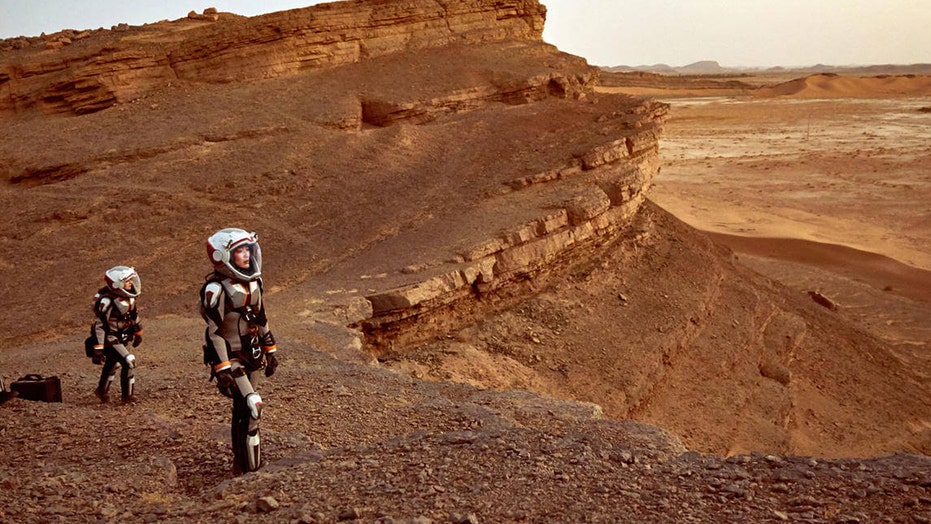 Former NASA astronaut Dr. Mae Jemison is involved with the series and shared with Foxnews.com SciTech the advice she gave the actors portraying these space travelers.

“If you’re using words like ‘nominal’ and ‘contingency’ – what do they really mean?” she explained. “Here are some things about personalities … what should you know about space and Mars to be comfortable? What is it like? And even doing some exercises about what does it feel like if you’re walking in a new place or have been zero G for a long time and then it’s up to them to take that and move that along.”

STRANGE FEATURE ON MARS IS A GOOD PLACE TO LOOK FOR LIFE, STUDY SAYS

Actor Ben Cotton plays the commander of the fictional Daedalus ship that heads to Mars in 2033 and spoke about the conditions while filming: “Morocco was where we shot all the exterior stuff and it was challenging from the heat. It was hot. There were days it was 125 degrees in the desert and then you put the suit on, the helmet on, you start to lose your mind a little bit because you can’t see straight but we had a great time.”

And President of the Mars Society Robert Zubrin discussed what information we have from the Mars Desert Research Station in terms of what the conditions on the red planet would be like.

“What we’re really doing at the Mars Desert Research Station is what we call an operational simulation more than a technical engineering simulation, but we find out how you would run a mission on Mars,” he said. “So for example what we’ve discovered by running it a number of ways is the mission has got to be led from the front, that is, the commander of the mission is the commander of the crew. We don’t even call our mission control mission control anymore we call it mission support - they are there to support the crew - this has got to be led from the front.”

He also adds that when it comes to mobility systems there is a preference for ATV-size vehicles that enable a “much more informal relationship with the environment in your space suit” where you can reach down and pick up a rock and either throw it back or bring it back to sample.

As for that 2033 date, Dr. Jemison, who was the first African-American woman in space, stresses we call it a “human mission” to Mars not a “manned mission.”  When it comes to issues at hand, she adds that “there are engineering challenges, but the engineering challenges to me are not as great as the public commitment and those challenges because as we do that then we are able to say ‘here’s how it benefits life on Earth.’”