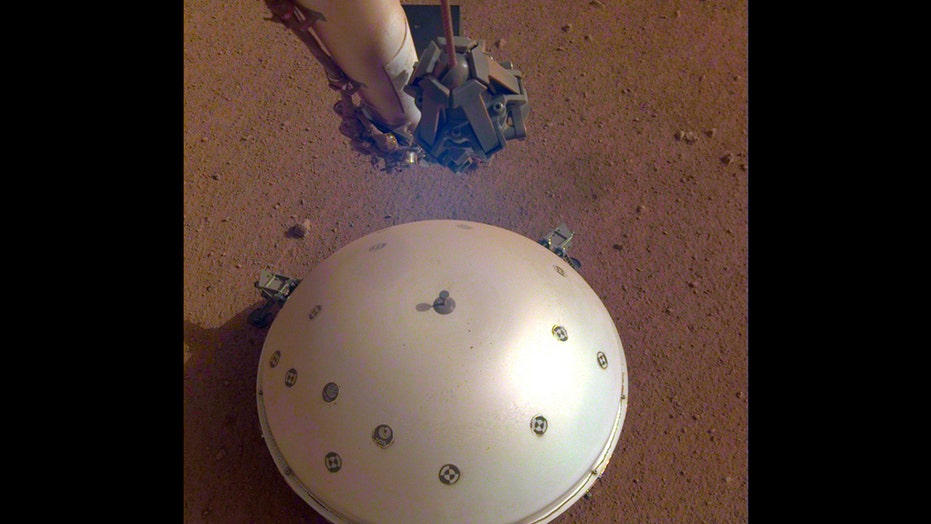 NASA may have recorded the first-ever "marsquake," thanks to its InSight lander.

According to a statement from the government space agency, the lander recorded the signal on Martian soil on April 6, InSight's 128th day on Mars. It is also the first recorded trembling "that appears to have come from inside the planet, as opposed to being caused by forces above the surface, such as wind."

NASA added that scientists are still looking at the data to determine exactly what caused the signal.

"The Martian Sol 128 event is exciting because its size and longer duration fit the profile of moonquakes detected on the lunar surface during the Apollo missions," Lori Glaze, Planetary Science Division director at NASA headquarters, said in the statement.

Although there is much buzz about the so-called "marsquake," the tremor would not even be noticed on Earth. "An event of this size in Southern California would be lost among dozens of tiny crackles that occur every day," NASA wrote in the statement.

This image of InSight's seismometer was taken on the 110th Martian day, or sol, of the mission. The seismometer is called Seismic Experiment for Interior Structure, or SEIS. (Credit: NASA/JPL-Caltech)

InSight, which landed safely on the Red Planet in November after "seven minutes of terror" due to the agency's inability to control the landing of the spacecraft, is continuing the scientific legacy of NASA's Apollo missions, (which detected quakes on the Moon) said InSight Principal Investigator, Bruce Banerd. "We've been collecting background noise up until now, but this first event officially kicks off a new field: Martian seismology!" he exclaimed.

Costing $828 million, the InSight lander is the space agency’s first probe to reach the Red Planet in six years, following the August 2012 landing of the Curiosity Rover. The unmanned probe, which is built by Lockheed Martin, will dig deeper into the planet than anything that's come before.

MARS MAY HAVE SIGNIFICANT AMOUNTS OF WATER UNDERNEATH THE SURFACE

The InSight (Interior Exploration using Seismic Investigations, Geodesy and Heat Transport) mission, which is managed by NASA’s Jet Propulsion Laboratory, will provide scientists with a wealth of data. “The landing will kick off a two-year mission in which InSight will become the first spacecraft to study Mars' deep interior,” explained NASA, on its website. “Its data also will help scientists understand the formation of all rocky worlds, including our own.”

The lander had originally been scheduled to blast off in March 2016, but NASA suspended its launch preparations when a vacuum leak was found in the craft’s prime science instrument.

In February, NASA encountered a problem with InSight after it stopped digging, likely due to hitting a rock or gravel, an issue which has since been resolved.

Fox News’ James Rogers and The Associated Press contributed to this article.