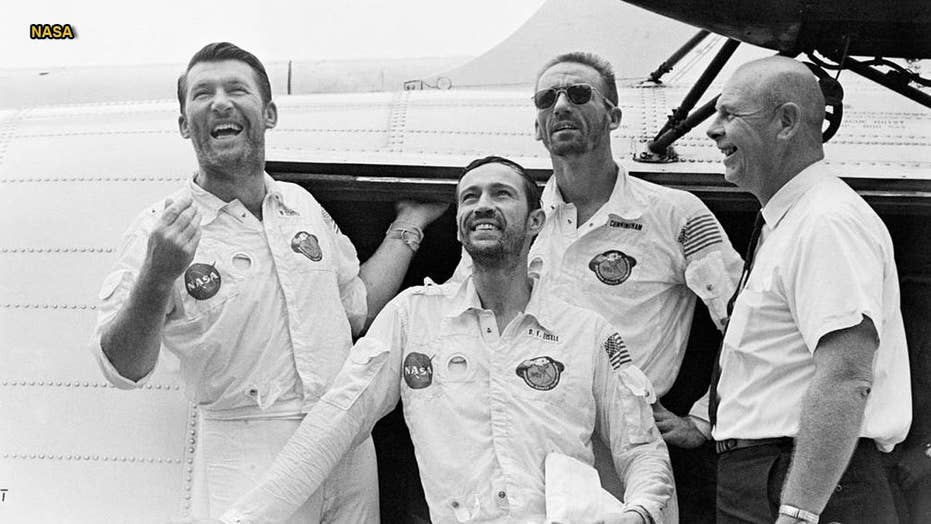 50 years ago today, NASA’s historic Apollo 7 mission splashed down in the Atlantic Ocean after spending almost 11 days in space.

Apollo 7 was the first crewed Apollo mission in space and helped lay the foundations for subsequent lunar missions. Astronauts Walter Schirra, Donn Eisele and Walter Cunningham lifted off atop a Saturn 1B rocket from Cape Canaveral’s Launch Complex 34 on Oct. 11, 1968.

After completing a wide array of tests in orbit, the astronauts splashed down in their Command Module southeast of Bermuda on Oct. 22, 1968.

“All mission objectives were accomplished, and with a duration of nearly 11 days, the flight proved the ability of the spacecraft and crew to complete an 8-day lunar landing mission,” explains NASA, on its website. “All spacecraft systems performed essentially as expected, including the all-important Space Propulsion System (SPS) engine, critical on future missions to place crews into and return them from lunar orbit.”

WATCH: NASA RELEASES 450,000 GALLONS OF WATER IN ONE MINUTE

Apollo 7 was the first American space mission to use a “mixed cabin atmosphere” consisting of 65 percent oxygen and 35 percent nitrogen. “All previous flights had used 100 percent oxygen, a procedure changed as a result of recommendations made by the Apollo 1 fire investigation board,” explained NASA.

“The success of Apollo 7 gave the nation confidence to be able to meet President Kennedy’s commitment of landing a man on the Moon before the end of the decade,” adds NASA.

Less than a year later, on July 20, 1969, Apollo 11 astronaut Neil Armstrong became the first man to walk on the Moon.