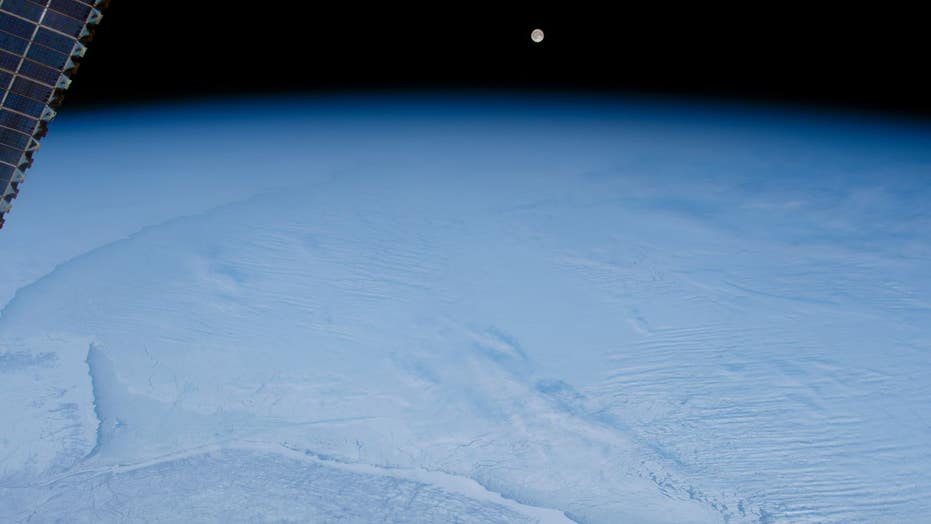 A NASA astronaut snapped a stunning photograph of the full moon rising over the frozen Hudson Bay in northern Canada.

"The winter scene reveals icy shorelines and frozen landscapes under thin, wrinkled clouds," NASA said in a statement released with the image. "The small villages and towns along these shores in Manitoba Province receive just 6 to 7 hours of sunlight each day in December."

A bit farther north, the sun will not rise above the horizon again until January, the space agency notes.

The above image was taken by a NASA astronaut on board the International Space Station. (NASA)

The image, which was captured around 1 p.m. local time on Dec. 12, shows just how dark northern Canada is during a typical winter day.

Once frozen, Hudson Bay becomes a key habitat for polar bears, which spend much of their time on the ice until it starts to melt again -- usually in June.

Last week, the space agency captured a fiery image of a "burning" dust and gas cloud in outer space.