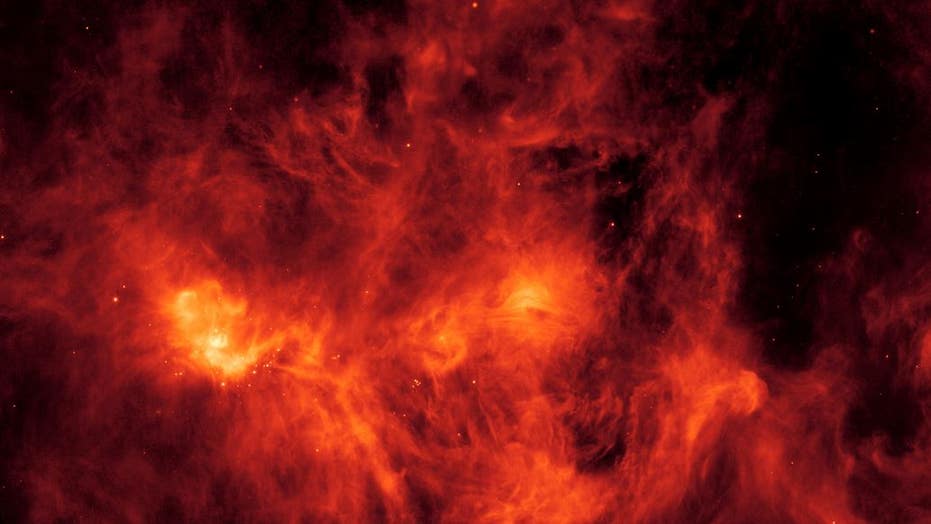 Space is not on fire, but you can't be blamed for thinking it might be after a look at this "burning" cloud.

NASA's Spitzer Space Telescope captured a fiery image of a gigantic collection of gas and dust that stretches over 500 light-years across.

The fiery glow of the Perseus Molecular Cloud, which makes it look like outer space is aflame, is actually "infrared radiation" from the warm dust. The cloud contains more than 10,000 solar masses of gas and dust, and has fascinated astronomers for years.

"Clusters of stars, such as the bright spot near the left side of the image, generate even more infrared light and illuminate the surrounding clouds like the sun lighting up a cloudy sky at sunset," the space agency said in a statement on Dec. 19.

According to NASA, most of the dust seen in the image emits little to no visible light, so it is only revealed clearly with infrared observatories such as the Spitzer.

Spitzer's Multiband Imaging Photometer (MIPS) instrument took the image during the telescope's "cold mission," which ran from 2003 to 2009.