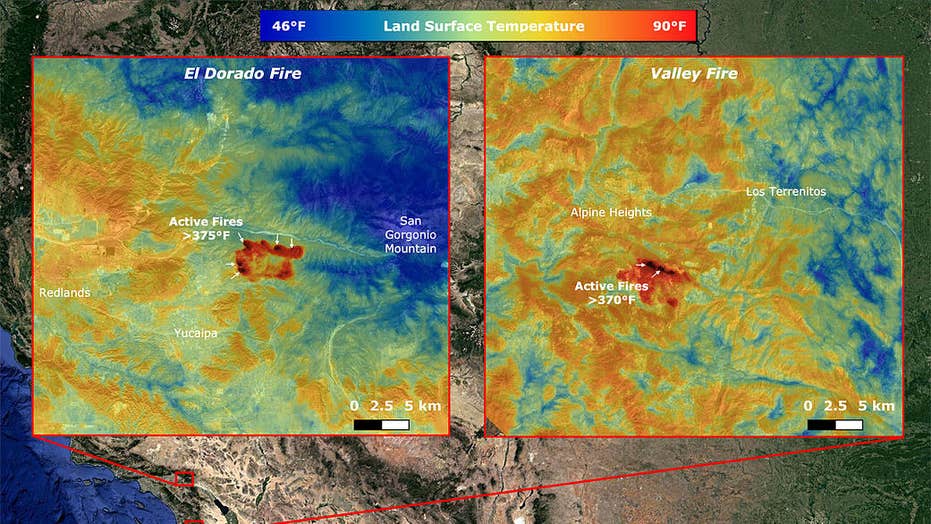 The space agency’s ECOsystem Spaceborne Thermal Radiometer Experiment on Space Station (ECOSTRESS) imaged the fires, including the El Dorado fire near Yucaipa and the Valley Fire in Japatul Valley, according to NASA.

The images were captured on Sept. 6.

The California and Oregon wildfires have also been spotted from space in remarkable satellite pictures. The images, captured by National Oceanic and Atmospheric Administration (NOAA) and NASA satellites, show the incredible scale of the wildfires.

At least seven people have died from the wildfires ravaging the West Coast.