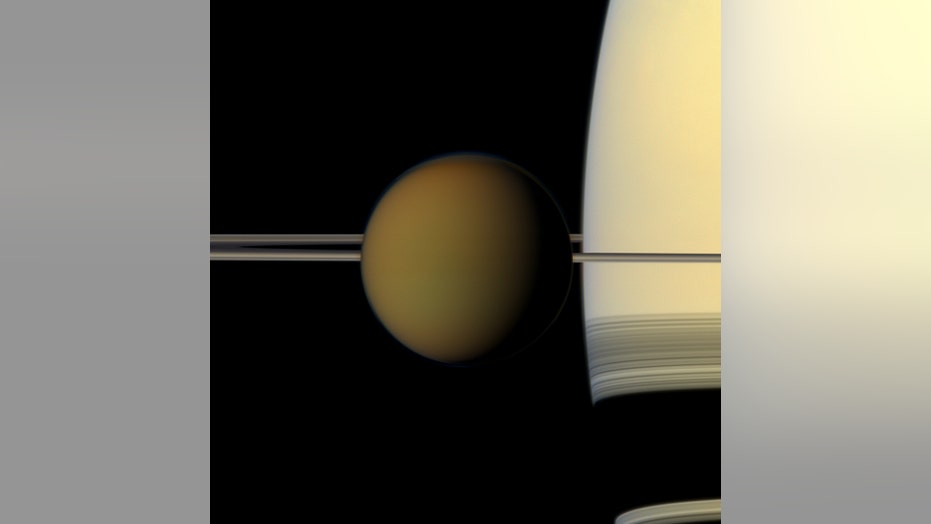 NASA recently unveiled a new mission to fly to Saturn's moon, Titan, which could potentially host extraterrestrial life. But before it gets there, the space agency has mapped out the celestial satellite for the first time, further showcasing its similarities to Earth.

The map, published in the journal Nature Astronomy, points out six geological features on Titan, including plains, dunes, craters, lakes, "hummocky or mountainous terrains" and other types of terrains. Unlike Earth, the lakes are made of frozen methane instead of water.

"Titan has an active methane-based hydrologic cycle that has shaped a complex geologic landscape, making its surface one of most geologically diverse in the solar system," said Rosaly Lopes, a planetary geologist at NASA's Jet Propulsion Laboratory, in a statement.

The first global geologic map of Titan is based on radar and visible-light images from NASA's Cassini mission, which orbited Saturn from 2004 to 2017. Labels point to several of the named surface features. (NASA/JPL-Caltech/ASU)

NASA UNVEILS NEW MISSION TO FLY TO SATURN'S MOON, TITAN, WHICH COULD BE HOME TO ALIEN LIFE

"Despite the different materials, temperatures and gravity fields between Earth and Titan, many surface features are similar between the two worlds and can be interpreted as being products of the same geologic processes," Lopes added. "The map shows that the different geologic terrains have a clear distribution with latitude, globally, and that some terrains cover far more area than others."

The colorful globe of Titan passes in front of Saturn and its rings in this true-color snapshot from NASA's Cassini spacecraft in 2011. (NASA/JPL-Caltech/Space Science Institute)

The researchers used data from NASA's Cassini probe, which orbited Saturn for 13 years, whizzing past Titan more than 120 times. Cassini found that approximately 65 percent of Titan's surface is covered by plains and the mysterious lakes are near the moon's north pole.

"The Cassini mission revealed that Titan is a geologically active world, where hydrocarbons like methane and ethane take the role that water has on Earth," planetary geologist David Williams added in the statement. "These hydrocarbons rain down on the surface, flow in streams and rivers, accumulate in lakes and seas, and evaporate into the atmosphere. It's quite an astounding world!"

In September 2017, Cassini made its "death plunge" into Saturn’s atmosphere, ending its 20-year long journey.

Titan continues to be a source of fascination for researchers, with some even suggesting it could support life. Earlier this year, NASA announced the latest mission in its New Frontiers program to explore the moon.