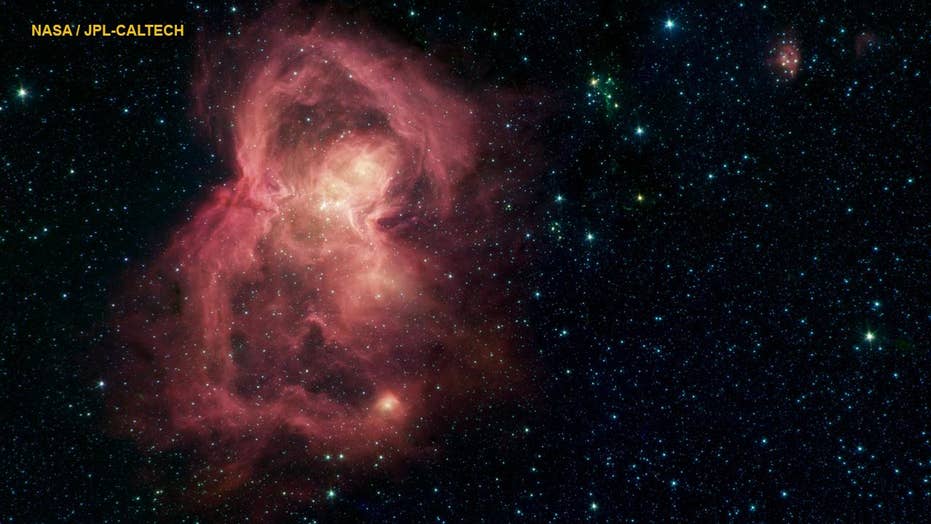 Stunning images courtesy of NASA's Spitzer Space Telescope have revealed a 'butterfly' shaped nebula 1,400 light-years from the Sun. Officially known as W40, this red butterfly in space is a nebula, or a giant cloud of gas and dust. The 'wings' of the butterfly are giant bubbles of gas being blown from the inside out by massive stars.

Coinciding with the arrival of spring and insects buzzing, flying and crawling everywhere, NASA has found a butterfly in the last place you'd think — space.

Much to the dismay of entomologists everywhere, it's not a new type of butterfly, but rather a pair of massive gas clouds 1,400 light-years from the Sun. Known as Westerhout 40 (W40), the formation is a nebula, or "a giant cloud of gas and dust in space where new stars may form," according to a NASA JPL blog post.

"Besides being beautiful, W40 exemplifies how the formation of stars results in the destruction of the very clouds that helped create them,” the space agency added in its post. “Inside giant clouds of gas and dust in space, the force of gravity pulls material together into dense clumps. Sometimes these clumps reach a critical density that allows stars to form at their cores.”

The "wings" of W40 are made up of gas that was "ejected from a dense cluster of stars that lies between the wings in the image," NASA continued. The color is largely responsible for the cluster of stars in the center, as well as star matter.

In addition to W40, there's another cluster of stars seen in the upper right part of the image, known as Serpens South. The younger of the two nebulas, Serpens South still has its stars embedded in its clouds, but will eventually "break out to produce bubbles like those of W40."

NASA said the stunning image came from its Spitzer Space Telescope and is a composite of four individual photos taken using the infrared camera of the space telescope.