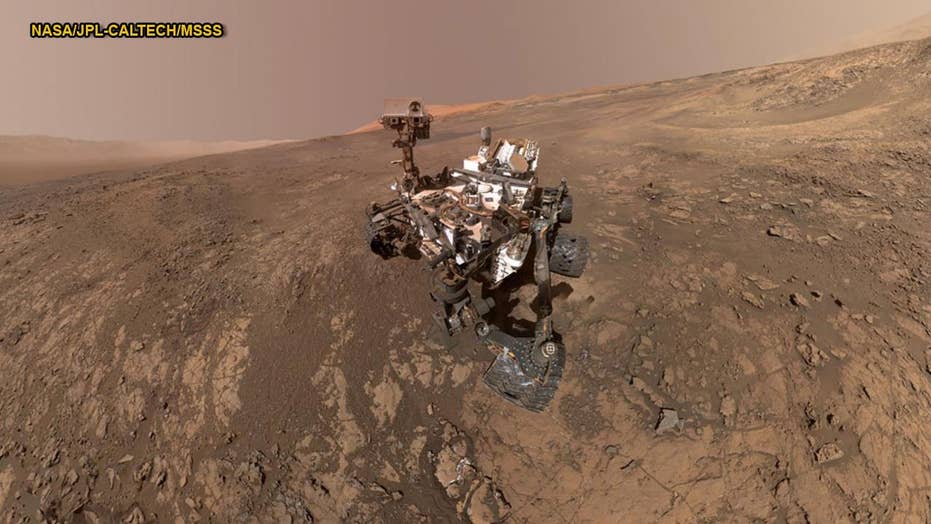 According to a new study, if Mars' atmosphere was once right in hydrogen, ancient asteroid impacts may have produced fixed forms of nitrogen, known as nitrites and nitrates, which are 'key ingredients for life.' When NASA's Curiosity rover discovered nitrate on the Gale Crater, scientists did not know where it had come from. The study gives a potential answer to that question.

Scientists have looked far and wide for life in the universe, but a new study suggests that ancient asteroid impacts may have "produced key ingredients for life" right next door — Mars.

A new study published in the Journal of Geophysical Research: Planets suggests that if Mars had an atmosphere rich in hydrogen, the whizzing space rocks may have provided fixed forms of nitrogen, known as nitrites and nitrates. In 2015, NASA’s Curiosity rover found nitrate on the Gale Crater and before the study, the researchers were not sure where it came from.

The researchers were able to mimic the early Martian atmosphere by putting mixtures of varying degrees of hydrogen, nitrogen and carbon dioxide into flasks, which were then hit with infrared laser beam pulses to determine the amount of nitrate formed.

“The big surprise was that the yield of nitrate increased when hydrogen was included in the laser-shocked experiments that simulated asteroid impacts,” said the study's lead author, Dr. Rafael Navarro-González, in a statement.

Navarro-González continued: “This was counter-intuitive as hydrogen leads to an oxygen-deficient environment while the formation of nitrate requires oxygen. However, the presence of hydrogen led to a faster cooling of the shock-heated gas, trapping nitric oxide, the precursor of nitrate, at elevated temperatures where its yield was higher.”

As Space.com notes, the Martian atmosphere is only 1 percent as thick as Earth's, but 4 billion years ago, it was significantly thicker. The ancient planet once had massive lakes and oceans, but they have largely evaporated due to the weakened atmosphere.

The prospect of substantial amounts of hydrogen in the ancient Martian atmosphere may mean the planet once supported life.

"Having more hydrogen as a greenhouse gas in the atmosphere is interesting both for the sake of the climate history of Mars and for habitability," study co-author Jennifer Stern, a planetary geochemist at NASA's Goddard Space Flight Center in Greenbelt, Md. said in the statement.

"If you have a link between two things that are good for habitability­ – a potentially warmer climate with liquid water on the surface and an increase in the production of nitrates, which are necessary for life – it's very exciting," she continued. "The results of this study suggest that these two things, which are important for life, fit together and one enhances the presence of the other."

A study in late 2018 suggested that there may be life hiding under the Martian surface in salty, subterranean lakes.