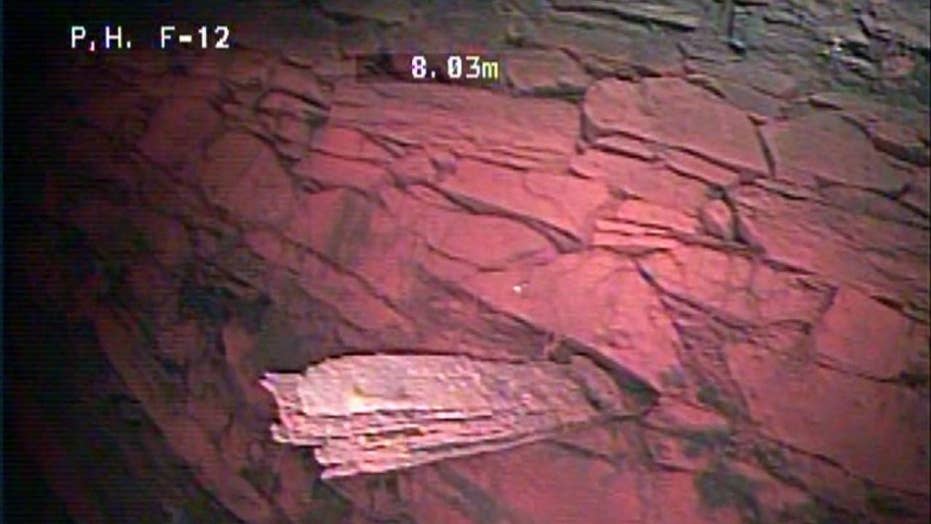 A mysterious underground vault has been discovered on the grounds of the Nova Scotia Legislature in Canada.

CBC reports that the living room-size stone chamber was found last summer during a project to remodel the gardens of Province House in Halifax. Experts were unable to enter the vault but used remote cameras to take a peek inside.

Ceramic items and a stoneware bottle were found on the structure’s vaulted roof.

It’s not clear what the mysterious room was used for, although experts think that it may have once served a military purpose.

The vault was discovered during a major project to renovate the gardens of Province House in Halifax, Nova Scotia. (Province of Nova Scotia)

“The chamber was not fully explored during the revitalization project, though its construction and dimensions suggest it may have functioned as a powder magazine, perhaps during construction of Province House in 1811 to 1819,” said archaeologist and the project’s principal investigator, April MacIntyre, in a report to officials. “Artifacts on top of the feature date to the very late 18th to first few decades of the 19th century suggesting it was exposed and/or constructed during that time.”

“Visual inspection inside the chamber revealed a subterranean stone-walled feature measuring approximately 6 meters [19.7 feet] north-south by 4 meters [13.1 feet] east-west and approximately 3 meters [9.8 feet] high to the top of the silt that has collected on the floor of the feature,” she added.

The structure bears a resemblance to an underground gunpowder store constructed by the British Army at Fort Anne in Nova Scotia in the late 1790s according to MacIntyre, who is president of Davis MacIntyre & Associates.

A beam can be seen on a remote camera image of the underground vault. (Province of Nova Scotia)

Officials are now reviewing the report.

Other artifacts recovered at the site will be turned over to the Nova Scotia Museum, Glavine added.

The living room-size structure may be a former storage area for gunpowder, experts say. (Province of Nova Scotia)

Province House, which is the oldest legislative building in Canada, is celebrating its 200th anniversary this year. A fine example of Palladian architecture, the building also bears a striking resemblance to the original White House, according to officials.

Other famous sites have been revealing their secrets. Last year, a series of mysterious rooms was uncovered for the first time in 250 years at Blenheim Palace, the birthplace of Winston Churchill in Oxfordshire, U.K. The rooms are part of a “lost” ground floor within the site’s Grand Bridge. Flooded when water levels were raised to create lakes in the 18th century, the rooms were rediscovered thanks to a massive dredging effort to remove silt from the lakes.

Also in 2018, more evidence emerged of a mysterious network of tunnels beneath the historic neighborhood of Ybor City in Tampa, Fla. One theory suggests that the tunnels were used by Prohibition-era smugglers and bootleggers.

Historic tunnels are found in a number of North American cities, such as the Cobble Hill tunnel in Brooklyn. Built in 1844, the massive tunnel beneath a busy Brooklyn street has been described as the world’s oldest subway tunnel.

In Canada, a network of early 20th-century utility tunnels beneath the city of Moose Jaw, Saskatchewan, was used as shelter by Chinese immigrants and also by bootleggers in the 1920s. Some anecdotes even link Al Capone to the tunnels, although it has not been proved that the famous gangster visited Moose Jaw.