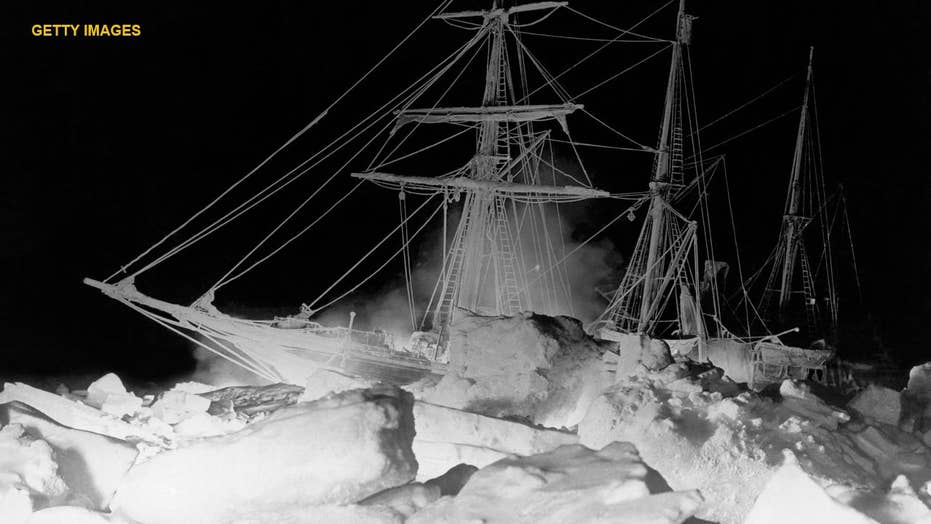 The Endurance, the ship of explorer Sir Ernest Shackleton, has been lost to the Antarctic ice for more than 100 years. Now, an ambitious expedition to locate the vessel is closing in on the wreck site. Experts are intrigued by what they may find at the wreck site. Researchers will use Autonomous Underwater Vehicles to locate the ship's remains, which were crushed by pack ice and sank in November 1915.

An audacious attempt to find explorer Sir Ernest Shackleton’s ship Endurance has been called off after the expedition team lost an undersea drone beneath Antarctic ice.

Endurance, which was lost in an ice floe off Antarctica more than 100 years ago, is one of the world’s most famous undiscovered shipwrecks.

The Weddell Sea Expedition’s icebreaker, S.A. Agulhas II, broke through heavy pack ice to reach Endurance’s last recorded position Sunday and scientists began their search for the wreck using an undersea drone. Experts were initially hopeful that Endurance would be spotted by the robotic device, but have been forced to call off their search.

“The weather closed in and the sea ice conditions deteriorated, leading to the loss of AUV7, one of the state-of-the-art specialist submersible Autonomous Underwater Vehicles, which was being deployed to locate the wreck,” explained the Weddell Sea Expedition, in a statement. “Despite round the clock efforts to recover AUV7, and with the risk of the Expedition vessel, the South African polar research vessel, S.A Agulhas II, becoming trapped in the ice, the Expedition leaders decided to abandon the current search for Endurance.”

The Weddell Sea, where Endurance was lost, is one of the harshest environments on the planet and the expedition to find the wreck has generated worldwide interest.

AUV7 was operating beneath a vast ice floe when it was lost, according to the Weddell Sea Expedition, and was on the final leg of a mission that had lasted more than 30 hours. There is a possibility that the drone captured images of the Endurance on the seabed before contact was lost, researchers say. With the drone lost beneath the ice, however, we will never know whether it spotted the famous wreck or not.

ANTARCTIC SEARCH CLOSES IN ON ENDURANCE, THE LOST SHIP OF EXPLORER ERNEST SHACKLETON

“As a team we are clearly disappointed not to have been successful in our mission to find Endurance,” said the Expedition's Director of Exploration Mensun Bound, in the statement. “Like Shackleton before us, who described the graveyard of Endurance as ‘the worst portion of the worst sea in the world’, our well laid plans were overcome by the rapidly moving ice, and what Shackleton called ‘the evil conditions of The Weddell Sea’.”

“Everyone at Ocean Infinity is deeply disappointed that at the eleventh hour, we were not able to produce the images of what is without doubt the most challenging shipwreck in the world to locate,” added Oliver Plunkett, CEO of undersea drone manufacturer Ocean Infinity, in the statement.

After Endurance was destroyed in the frozen wastes of the Weddell Sea her 28 crew members survived on ice floes for five months before using the ship’s lifeboats to reach Elephant Island near Antarctica. From there, Shackleton and five companions traveled 800 miles in a lifeboat to the South Atlantic island of South Georgia, where he arranged the rescue of Endurance’s remaining crew from Elephant Island. The survival and rescue of the ship’s crew are regarded as an incredible feat of human endurance.

Endurance’s Captain, Frank Worsley, carefully recorded the ship’s final coordinates before she broke up and descended below the ice. The modern expedition used these coordinates to plan its search for the wreck.

Despite failing in its attempt to find Endurance, the project amassed a wealth of scientific information, according to said Prof. Julian Dowdeswell, the expedition’s chief scientist and director of the Scott Polar Research Institute in Cambridge University. “Through the scientific data gathered during the Expedition, we have deepened our knowledge and understanding of Antarctic oceanography and ecosystems, and our observations on the glaciology and geology will play a critical role in our understanding of Antarctic ice shelves and sea ice and, importantly, the changes that are occurring here today,” he said, in the statement.

File photo - Shackleton's ship, the Endurance, locked in the Weddell Sea, where it finally sank, Antarctica, August 27, 1915. The remarkable lighting was furnished by an oil fire at the bow and a great deal of flash (gun) powder. (Photo by Underwood Archives/Getty Images)

Prior to starting its search for Endurance, the Weddell Sea Expedition completed scientific research at the Larsen C ice shelf that made headlines in 2017 when a huge iceberg dubbed A68 broke off the ice mass. The iceberg is the size of Delaware.