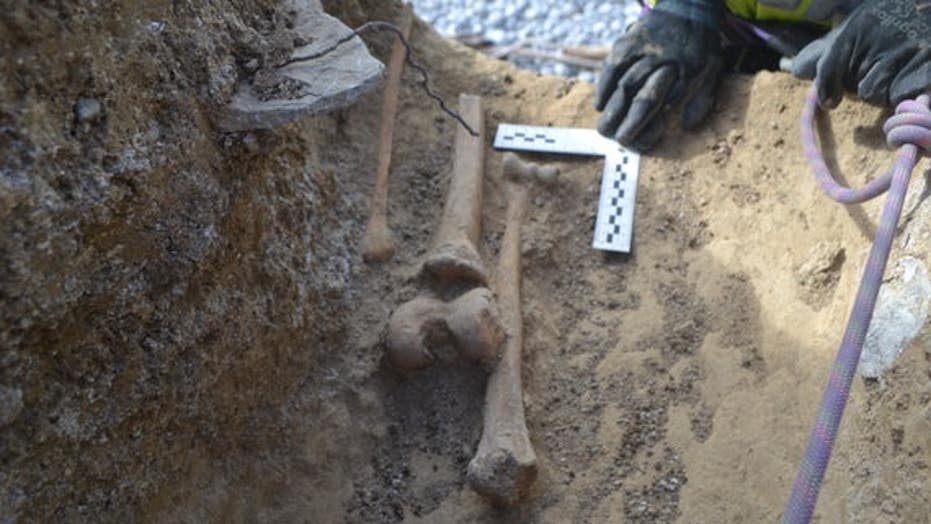 Archaeologists have recovered from a cliff edge in Wales the centuries-old skeletal remains of at least six people, who may be the victims of a shipwreck.

The remains were recovered in July and September from a cemetery on an eroding coastal cliff at Cwm Nash in Glamorgan. Other remains recovered from the site have been dated to the era of the British Tudor and Stuart monarchs in the late 16th or early 17th centuries.

Cardiff University participated in the excavation with the Glamorgan-Gwent Archaeological Trust, Natural Resources Wales and climbing experts from The Adventure Alternative.

“Many of the skeletons have lost bones to the sea, but early analysis of the burial positions of the individuals has been revealing,” said Jacqui Mulville, professor of bioarchaeology at Cardiff University, in a statement. “There is a single younger individual, buried away from the rest, with others buried side by side or even together in a single grave. Our latest thinking is that these are Tudor or Stuart men who may have been the victims of shipwreck. We aim to tell more of their stories and return their identities to them through ongoing post-excavation analysis.”

The skeletons were found at Cwm Nash on the Welsh coast. (Cardiff University)

Cardiff University bioarchaeologists will be performing a detailed analysis of the newly discovered remains into next year, according to the statement.

Experts faced a race against time due to coastal erosion and climate change to recover the latest remains, according to Cardiff University.

The bones are thought to belong to shipwreck victims. (Cardiff University)

Two additional graves at Cwm Nash that were uncovered during the excavation failed to yield any remains.

In a separate project, archaeologists in Wales have been working to uncover the secrets of an ancient coastal hillfort before it falls into the sea. Perched on a slowly collapsing cliff edge, the mysterious fort at Dinas Dinlle is believed to date back to the Iron Age, which began 800 B.C. in Britain.