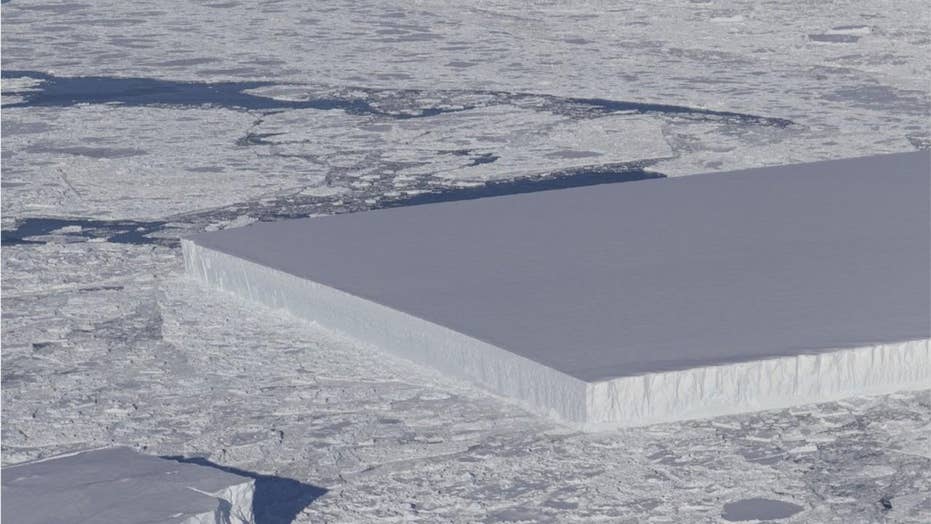 Maybe it is hip to be square.

The iceberg's unique geometric shape sparked considerable debate on social media that it was formed by – you guessed it – space aliens. Others said it reminded them of the monolith from "2001: A Space Odyssey."

However, according to NASA, there's a simpler scientific reason why the iceberg appears to be a perfect rectangle.

"We get two types of icebergs: We get the type that everyone can envision in their head that sank the Titanic, and they look like prisms or triangles at the surface and you know they have a crazy subsurface," Kelly Brunt, an ice scientist with NASA, told Live Science. "And then you have what are called 'tabular icebergs.'"

Tabular icebergs are wide and flat, and long, like a sheet cake, she said. They split from the edges of ice shelves — large blocks of ice, connected to land but floating in the water surrounding iced-over places like Antarctica.

Operation IceBridge's mission is to image the planet's polar regions to better understand how ice has changed and shifted in recent years.

"What makes this one a bit unusual is that it looks almost like a square," Brunt said, adding that it's probably not very old since wind and water have yet to soften its sharp edges.

Although it's hard to tell the size of the iceberg in this photo, Brunt said, but it's likely more than a mile across.

As with all icebergs, the part visible above the surface is just the top 10 percent of its mass. The rest is hidden underwater.