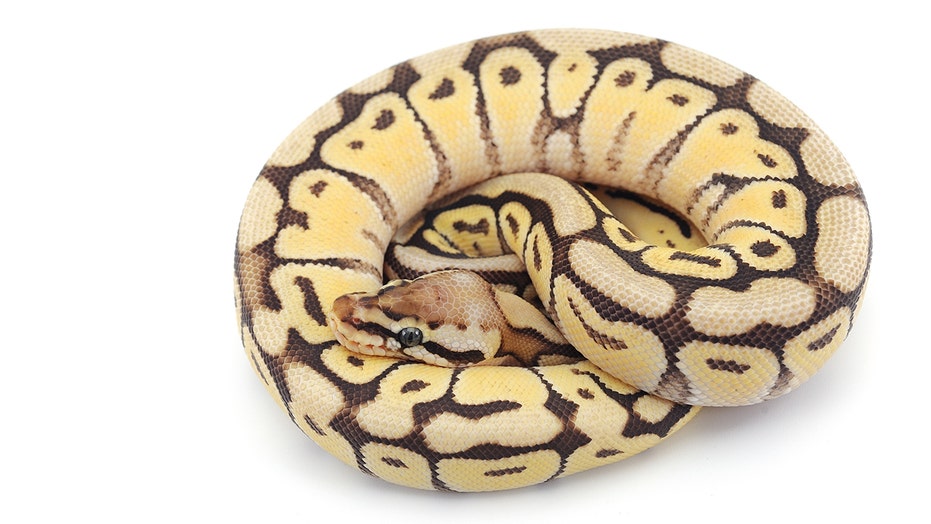 A Missouri woman returned home from her vacation last week to a slithering surprise in the kitchen.

The woman, located in Ballwin, a city roughly 20 miles west of St. Louis, "discovered a python in their pantry during snack time" on June 2, police said.

"She was definitely not one who likes snakes I can say that," Ballwin Police Officer Scott Stephens told the St. Louis Post-Dispatch. "But I guess who would want a snake in their kitchen?"

A Missouri woman returned home from vacation to find a python in her kitchen pantry, authorities said. (iStock)

The department wrote on Facebook Monday that the snake was wrangled and secured until animal control arrived at the apartment "and removed it from the area... hopefully by at least three continental US States in distance."

Stephens said no one knows how the python ended up in the kitchen, but said police believe it must have been someone's pet — although no one in the apartment complex reported a missing snake.

"We were definitely happy to be able to get rid of it safely and quickly," the officer told the news outlet. "Police officers end up doing these weird animal calls more than you would think."