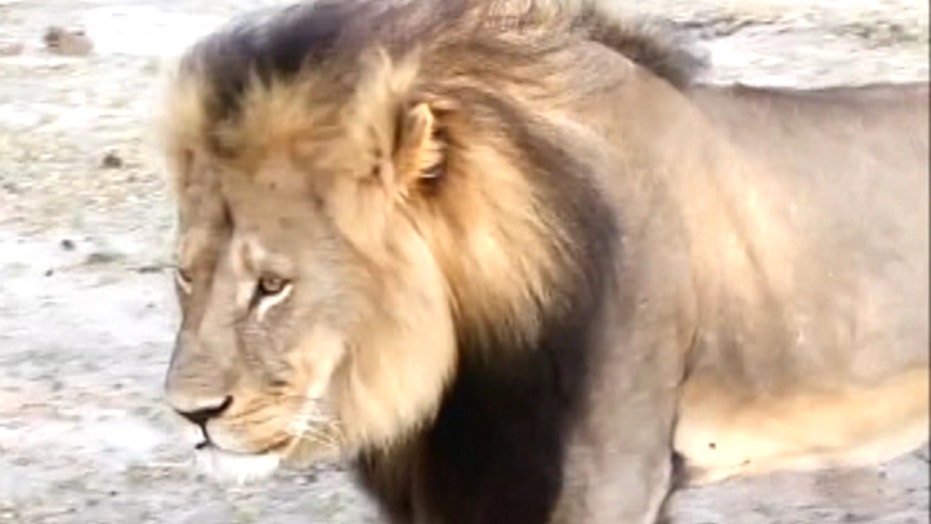 A Minnesota dentist who caused an international uproar when he reportedly paid $55,000 to kill Cecil, an iconic lion in Zimbabwe, issued a statement late Tuesday saying he regretted the animal's death, but thought he was acting legally.

Walter Palmer, who was included in a 2009 New York Times feature on big game hunting, said that he had "hired several professional guides, and they secured all proper permits. To my knowledge, everything about this trip was legal and properly handled."

Palmer, who lives in the Minneapolis suburb of Eden Prairie and practices in nearby Bloomington, went on to say that he "had no idea that the lion I took was a known, local favorite, was collared and part of a study until the end of the hunt. I relied on the expertise of my local professional guides to ensure a legal hunt." He added that he had not been contacted by authorities in Zimbabwe or the U.S.

"I deeply regret that my pursuit of an activity I love and practice responsibly and legally resulted in the taking of this lion," he said.

Palmer's identity was first reported by Britain's Daily Telegraph newspaper, which cited two sources and viewed a copy of the dentist's hunting permit. His identity was later confirmed by the Zimbabwe Conservation Task Force, the Safari Operators Association of Zimbabwe and police.

The 13-year-old lion, beloved by many who came to explore the park, was allegedly shot by Palmer with a bow and arrow. Palmer is thought to have lured Cecil about a mile out of the park on the night of July 1, and the injured lion was discovered roughly 40 hours later by Palmer’s hunting team, who had Cecil shot and killed. Cecil was ultimately beheaded and skinned. The hunters also removed his collar, which is against the park’s rules.

Theo Bronkhorst, a professional hunter with Bushman Safaris, reported his “mistake” to the Zimbabwe Parks and Wildlife Management Authority the next day. Bronkhurst and the landowner, whose property borders the park, are under arrest and will appear in court August 6.

“Both the professional hunter and the land owner had no permit or quota to justify the offtake of the lion and therefore are liable for the illegal hunt,” Zimbabwe National Parks said in a statement.

Bronkhorst was apparently unaware of the lion’s global fame.

“It was a magnificent, mature lion,” he told the Telegraph. “We did not know it was well-known lion. I had a license for my client to shoot a lion with a bow and arrow in the area where it was shot.”

Cecil's death has outraged conservationists in the U.S. as well. In a statement late Tuesday, Rep. Betty McCollum, D-Minn., called for an investigation by the U.S. Attorney's Office and the U.S. Fish and Wildlife Service to see whether any U.S. laws were violated.

According to U.S. court records, Palmer pleaded guilty in 2008 to making false statements to the U.S. Fish and Wildlife Service about a black bear he fatally shot in western Wisconsin. Palmer had a permit to hunt but shot the animal outside the authorized zone in 2006, then tried to pass it off as being killed elsewhere, according to court documents. He was given one year of probation and fined nearly $3,000.

Doug Kelley, a former federal prosecutor and Palmer's attorney in the bear case, was unavailable for comment Tuesday, according to his assistant.

Palmer has several hunts on record with the Pope and Young Club, where archers register big game taken in North America for posterity, said Glenn Hisey, the club's director of records. Hisey said he didn't have immediate access to records showing the types and number of animals killed by Palmer, but he noted that club records involve legal hunts "taken under our rules of fair chase."

Although African game wouldn't be eligible, Hisey said he alerted the group's board that Palmer's ethics were being called into question. He said Palmer's domestic records could be jeopardized if he's found to have done something illegal abroad.

A Facebook page for Palmer's Minnesota dental practice was taken offline Tuesday after users flooded it with comments condemning Palmer's involvement in the hunt. Hundreds of similar comments inundated a page for his dental practice on the review platform Yelp, which prior to Tuesday had only three comments.

Some people left stuffed animals at the door to his shuttered office Tuesday in a sign of protest.

Palmer is properly licensed and able to practice in the state, according to the Minnesota Board of Dentistry. Board records show that Palmer was the subject of a sexual harassment complaint settled in 2006, with Palmer admitting no wrongdoing and agreeing to pay a former receptionist more than $127,000.