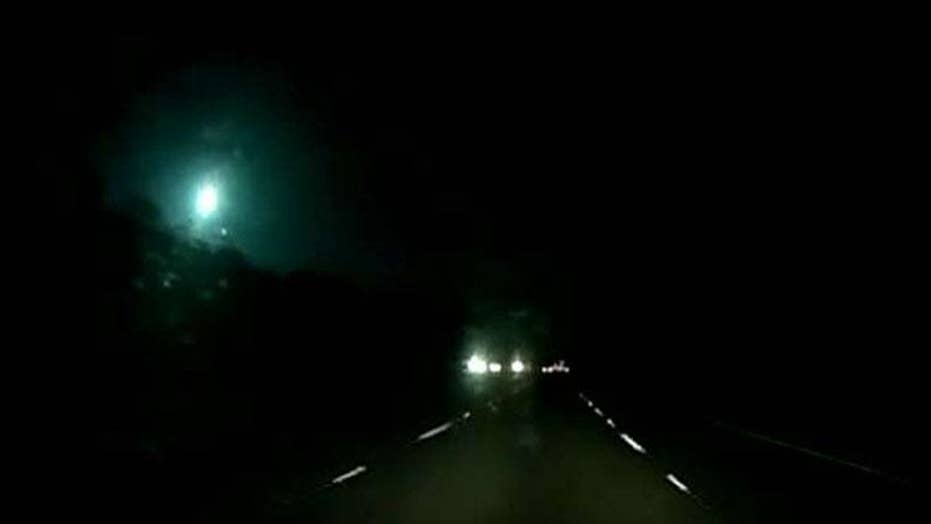 A mysterious fireball that lit up the skies over Northern Florida on Saturday night turned out to be a meteor that was picked up on weather radar, according to officials.

The falling space rock was reported around 11:52 p.m. over Taylor County, the National Weather Service's Tallahassee office said on Twitter.

The flash from the meteor was so bright it was picked up on weather satellites that are typically used to track thunderstorms and lightning.

Another weather service office in Charleston, S.C., also shared the light that was detected from the fireball as it streaked across the sky.

Officials said they haven't received any reports of where the meteor possibly landed or if it broke up in the atmosphere. Residents in Georgia and South Carolina also reported seeing the flash.

Meteors are what happened when meteoroids -- what we call "space rocks" -- enter Earth’s atmosphere at a high speed and burn up, according to NASA.

"This is also when we refer to them as 'shooting stars,'” the agency notes. "Sometimes meteors can even appear brighter than Venus -- that’s when we call them 'fireballs.'"

Scientists estimate that about 48.5 tons (44,000 kilograms) of meteoritic material falls on Earth each day, according to NASA.

"When a meteoroid survives its trip through the atmosphere and hits the ground, it’s called a meteorite," the space agency states.