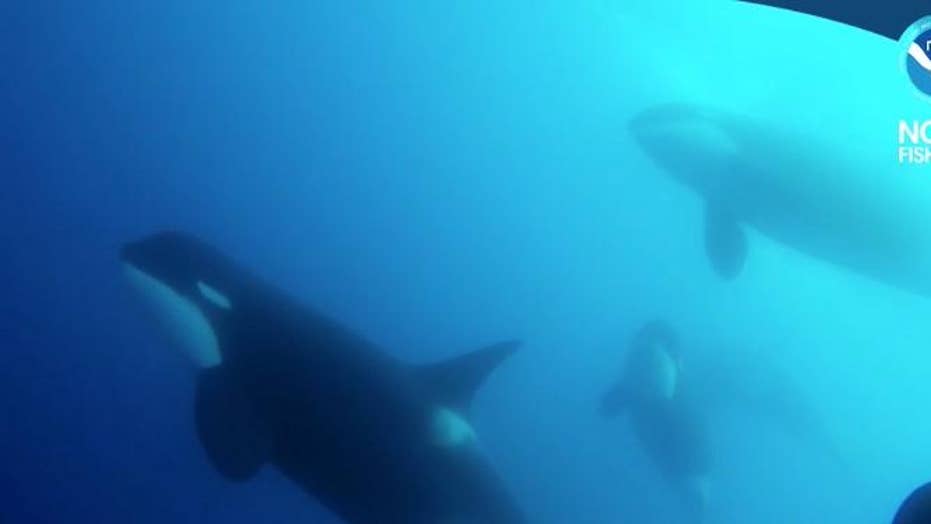 Scientists may have discovered a new species of Killer Whales off Cape Horn, Chile.

A charter vessel off the coast of Massachusetts captured “unbelievable” video of its close encounter with an orca on Sunday.

Got Stryper Charters and Baits shared a video of the killer whale racing with dolphins alongside the boat.

“My heart was pounding out of my chest when it came beside the boat,” he told The Boston Globe.

The vessel was about 70 miles offshore during a 15-hour trip scouting for tuna when the orca and a few dolphins appeared, the Globe reported. The mammals followed their bow even as Zimmerman tried to change course.

“We kept trying to steer away from it and make little course changes and it just stuck right there beneath our pulpit,” he told the paper. “It was breathtaking.”

The Atlantic White Shark Conservancy called the killer whale sighting “absolutely amazing.” While orcas have been spotted in the area before, sightings are “very rare,” the group said.

The black-and-white mammals can be found in all oceans, though prefer coastal waters and cooler regions, according to the National Oceanic and Atmospheric Administration.

An official with the charter company wrote it was “one of the most amazing things I’ve seen in a while.”