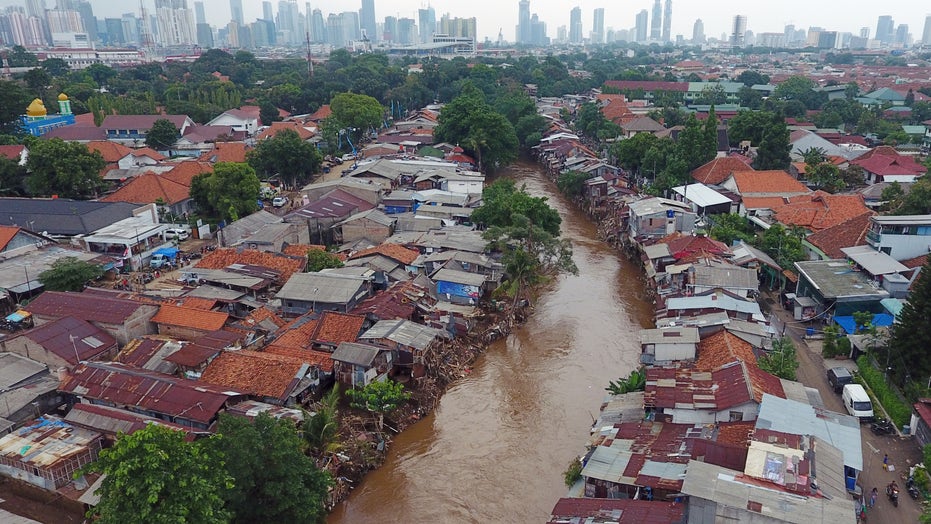 Facing devastating flooding in its capital of Jakarta, Indonesia is trying something unique to stop the torrential rainfall from reaching the soaked metropolis: seeding the clouds with salt.

The response comes after deadly flash floods and mudslides, triggering by heavy rainfall, wreaked havoc in the city.

The death toll in Jakarta and surrounding areas hit 66, according to local authorities and media reports.

Tens of thousands have had to flee their homes in the sprawling capital region, which has a population of about 30 million.

Residential buildings damaged by floods stand along the Ciliwung River in this aerial photograph taken in the Mangarai district of Jakarta, Indonesia, on Saturday, Jan. 4, 2020. (Getty Images)

Seeding, shooting salt flares in an attempt to trigger rainfall, is meant to break up clouds before they reach the capital city.

“We will do cloud seeding every day as needed,” BPPT chief Hammam Riza explained to reporters.

Cloud seeding is often used in Indonesia to put out forest fires during the dry season.

According to the Meteorological, Climatological and Geophysics Agency (BMKG), the deluge at the start of 2020 was “one of the most extreme rainfall” events since records began in 1866.