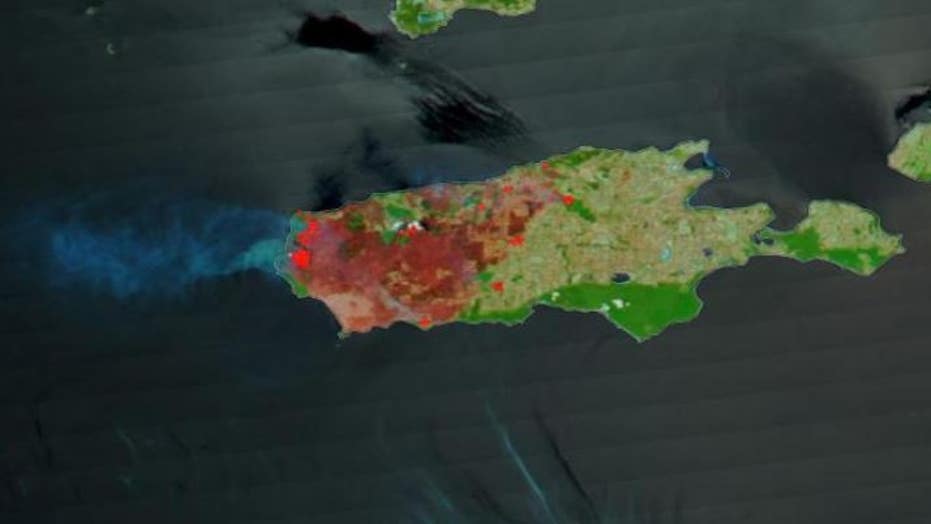 NASA's Terra satellite captured the extent of damage from the wildfires that ravaged Australia's Kangaroo Island.

Kangaroo Island, which lies off the mainland of South Australia, contains nature reserves that are home to native wildlife and various endangered bird species.

This is a Terra satellite image of Kangaroo Island on Jan. 7, 2020. (NASA Worldview)

According to NASA, burned or fire-affected areas are characterized by deposits of charcoal and ash, removal of vegetation and/or the alteration of vegetation structure.

The images were captured by NASA's Terra satellite using its MODIS instrument.

This is a Terra satellite image of Kangaroo Island taken on Dec. 16, 2019. (NASA Worldview)