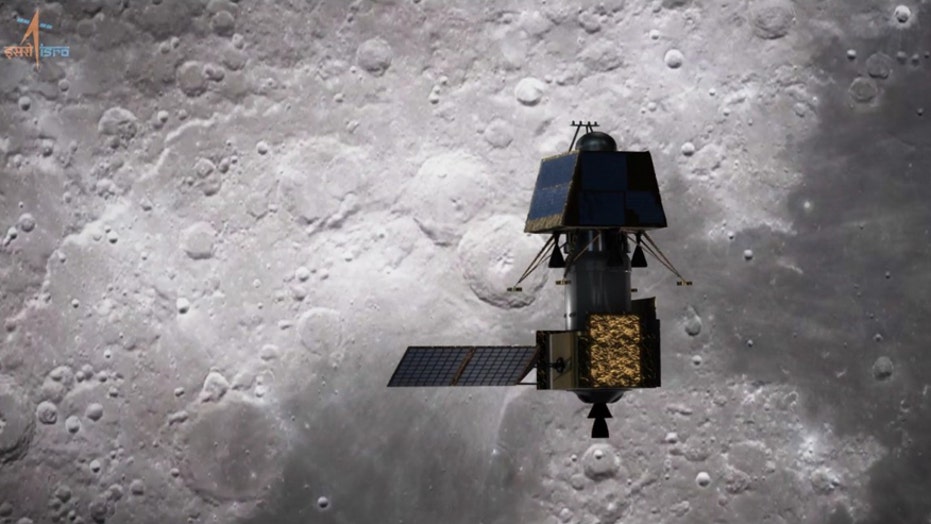 The unmanned spacecraft’s Vikram lander is expected to reach the lunar surface next month, taking India into an exclusive group of countries that have successfully landed on the Moon.

Chandrayaan will continue circling the moon in a tighter orbit until reaching a distance of about 62 miles from the moon's surface.

The lander will then separate from the orbiter and use rocket fuel to brake as it attempts India's first moon landing on a relatively flat surface between two craters in the south polar region on Sept. 7 — an area where no moon landing has been attempted before.

“Congratulations to Team @isro on #Chandrayaan2 entering the Moon’s orbit. This is an important step in the landmark journey to the Moon,” tweeted Indian Prime Minister Narendra Modi on Tuesday

The Chandrayaan-2 mission launched from Sriharikota in southern India on July 22. The mission is on track even though a technical glitch delayed the launch for a week.

So far, only the U.S., Russia and China have successfully landed on the Moon.

Indian space hardware has reached the Moon before, although the country has yet to achieve a “soft landing” on the lunar surface.

The Moon looms large for a number of countries’ space programs. China, for example, became the first country to successfully land a probe on the far side of the Moon earlier this year when the Chang’e 4 lander reached the lunar surface on Jan. 2.

However, Israel’s unmanned Beresheet spacecraft crashed when it attempted to make a Moon landing on April 11. It was just a few hundred feet above the lunar surface when Mission Control in Yehud, Israel, lost contact with the probe.

The U.S. also has its sights set on the celestial satellite and plans to land American astronauts, including the first woman, on the Moon by 2024. The Artemis program will also establish a sustainable human presence on the Moon.

Speaking at Kennedy Space Center on the 50th anniversary of the Apollo 11 Moon landing on July 20, Vice President Mike Pence announced that the Orion capsule that will take American astronauts back to the Moon is ready.

At a White House event last month Apollo 11 astronaut Buzz Aldrin voiced his disappointment over America’s space progress since the days of Apollo 11.