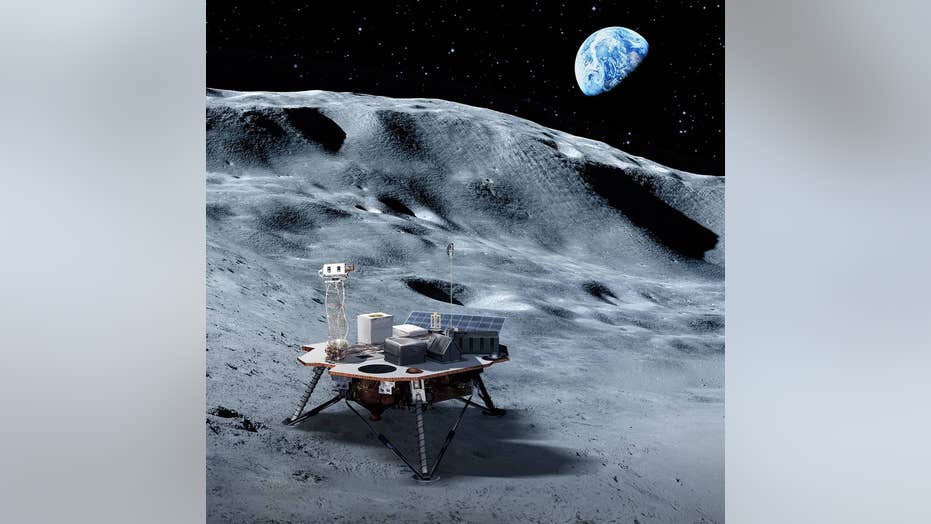 NASA has selected three companies to deliver science and technology payloads to the lunar surface on robotic landers over the next few years.

The deals form part of NASA’s Artemis program that aims to make new scientific discoveries and demonstrate new technologies supporting the goal of establishing a sustainable human presence on the Moon by 2028.

Robotic landers will deliver a host of science experiments and technology to the lunar surface over the coming years.

Artist's impression of a commercial lander on the lunar surface. (NASA)

NASA tweeted that Intuitive Machines has proposed to fly as many as five payloads to Oceanus Procellarum, which the agency describes as “a scientifically intriguing dark spot on the Moon,” by July 2021.

“We are ecstatic and honored that our #NovaC lander has won selection by @NASA to help lead the return to the moon as part of Project #Artemis. #tothemoon in 2021!,” tweeted Intuitive Machines on Friday.

NASA also announced that OrbitBeyond has proposed flying as many as four payloads to Mare Imbrium, a lava plain in one of the Moon’s craters, by September 2020.

“OrbitBeyond is thrilled to have been selected by @NASA among the first ever commercial Moon landings and scientific payload delivery services for the #Artemis program,” the company wrote on Twitter. "Here's to going #BackToTheMoon."

Astrobotic announced that it has been selected by NASA’s CLPS program to deliver 14 payloads to the Moon on its Peregrine Lander in July 2021, a contract that is worth $79.5 million. “We are proud to join NASA in returning America to the Moon,” the company's CEO, John Thornton, said in a statement.

NASA tweeted that the payloads will be flown to Lacus Mortis, a large crater on the near side of the Moon.

As part of its Artemis effort, the U.S. wants to land the next man and the first woman on the Moon 2024. The astronauts will also be first humans to set foot on the Moon’s South Pole.