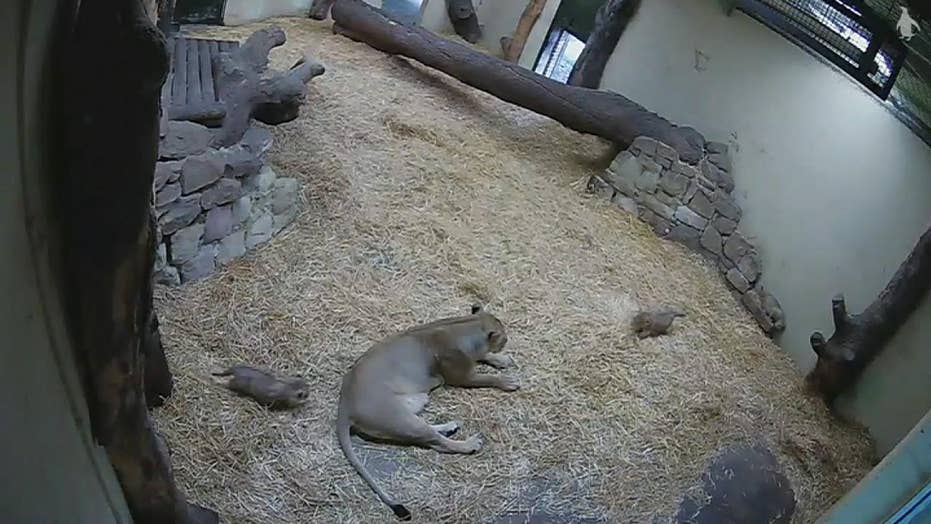 Raw video: Security footage shows a playful cub sneaking up on its mother.

Someone is getting into the Halloween spirit a bit early.

A video from the Royal Zoological Society at Scotland’s Edinburgh Zoo has gone viral after a tiny lion cub unknowingly put quite the fright into her mother.

The cub, who is less than two months old, is seen casually walking behind her mother, Roberta, before she pounces on her and surprises the adult lioness, SWNS reports.

In August, Roberta gave birth to a litter of five, but only three managed to survive.

The cubs' father is Jayendra, an Asiatic lion that came to the Edinburgh Zoo in 2012. Roberta followed soon thereafter, arriving in Edinburgh from Magdeburg Zoo in Germany two years later, SWNS added.

RZSS Edinburgh Zoo was not immediately available for comment.

Asiatic lions are considered endangered.  It is estimated there are slightly more than 500 around the globe, with many living in central India.