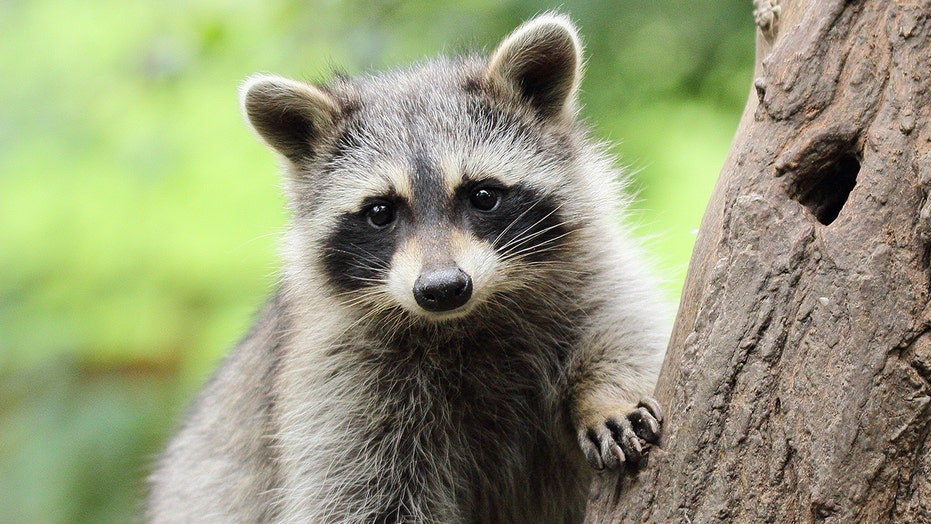 A New York woman was seen handing out baby raccoons to locals outside a 7-Eleven, prompting a search for the animals due to rabies concerns, health officials said on Wednesday.

The incident occurred at the convenience store in Niagara Falls, N.Y., about a week ago. Authorities said nine of the primarily nocturnal creatures were handed out. So far, seven have been recovered. Officials are still on the hunt for "two potentially rabid raccoons."

"Possession of raccoons is illegal except by a licensed rehabilitator and presents a potential rabies hazard to anyone in direct contact with the animal," said the Niagara County Department of Health in a press release.

The department warned residents that the rabies virus is fatal to people unless it's treated in a timely fashion. They added it also "nearly always" results in the death of an animal not protected by vaccination to the disease.

"Please contact the Niagara County Department of Health at (716) 439-7444 immediately with any information regarding the location of these raccoons so that we may conduct a complete rabies investigation," the release added.

Health officials recommend not feeding, touching, or adopting wild animals -- including stray dogs or feral cats. They added that you should make sure your pets are up to date on their rabies vaccinations because they "serve as a buffer between rabid wildlife and human."

Search for the raccoons has been conducted by health officials in cooperation with the Niagara Falls Police Department and the New York State Department of Environmental Conservation.