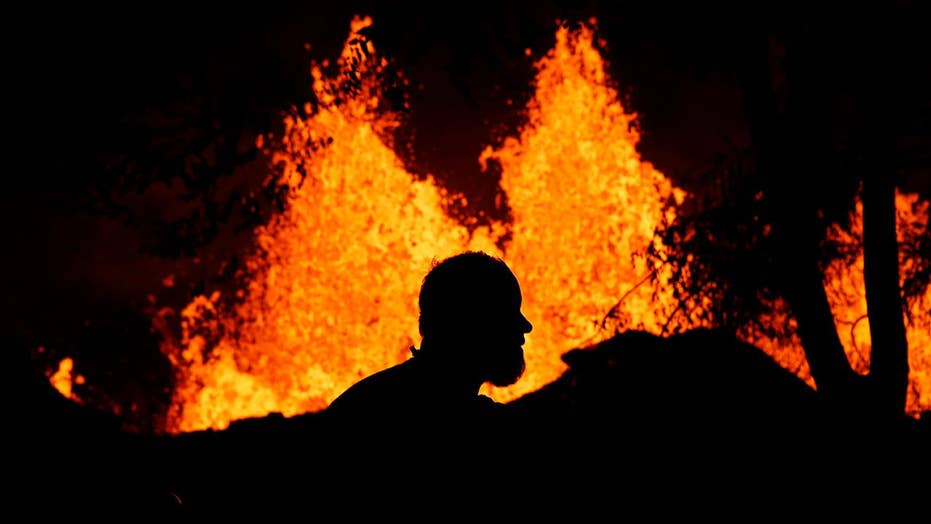 Holdouts urged to evacuate amid lava flow fears in Hawaii

Scientists have explained how lava from the Kilauea volcano is spewing a deadly plume containing tiny particles of volcanic glass.

Known as “laze” – a combination of the words “lava” and “haze,” the plume occurs when molten lava flows into the ocean. “It reacts vigorously with sea water to create a different type of gas plume that results in hazy and noxious conditions downwind of an ocean entry,” explained the Hawaiian Volcano Observatory, in a statement.

Created by chemical reactions as hot lava boils seawater to dryness, the plume is described as “an irritating mixture of hydrochloric acid gas (HCl), steam, and tiny volcanic glass particles.”

The seawater cools the lava, which forms a glass that shatters. Tiny pieces are picked up by the steam cloud, which contains hydrochloric acid that also is created by the interaction of lava and the ocean.

The Hawaiian Volcano Observatory explained that the hot, corrosive gas mixture caused two deaths in 2000 when lava flows reached the coast and reacted with seawater. “Visitors should avoid this plume at the entry point and downwind, as even the wispy edges of it can cause skin and eye irritation and breathing difficulties,” it warned.

Part of the U.S. Geological Survey's Volcano Hazards Program, the Hawaiian Volcano Observatory is perched on the rim of Kīlauea’s summit caldera.

Kilauea began spewing lava on May 3. The volcano, one of the most active in the world, has already destroyed dozens of homes on the Big Island. President Trump declared a major disaster area in Hawaii on May 11.

Underscoring the eruption's dangers, a Hawaii man was hit by a flying piece of lava over the weekend and said the molten rock nearly sheared his leg in half.