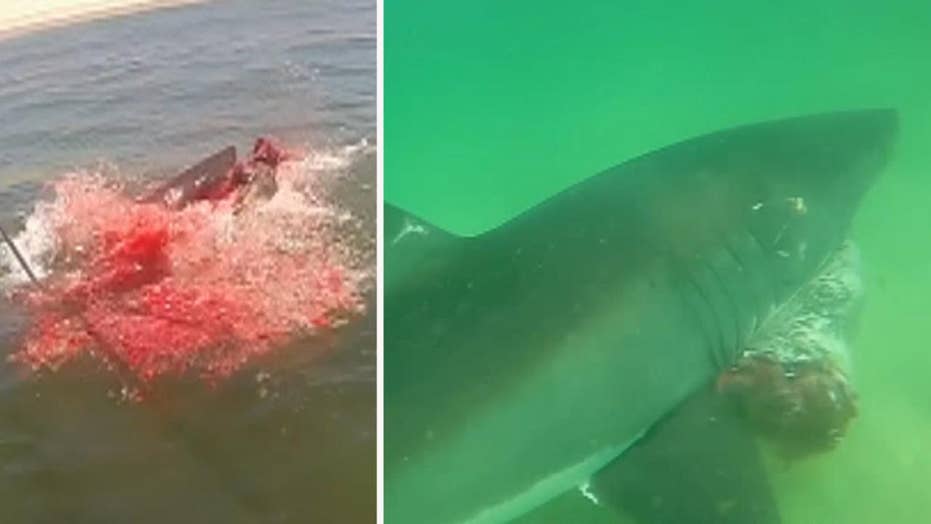 Rare video footage captures the moment when a shark attacks a seal off Cape Cod, turning the water red.

The video, which was posted to YouTube by the Atlantic White Shark Conservancy, shows a research vessel approaching the shark. When researchers reach the predator, it launches its bloody attack on the seal.

“The research team recorded this close up footage of a seal predation in clear water about 100 yards from the beach off Wellfleet, MA,” explained the Atlantic White Shark Conservancy, in a post accompanying the YouTube video.

The video provides a “rarely seen window into the world of the Atlantic white shark in Cape Cod water,” it said.

Sharks are in the spotlight at the moment. Last week a shark bit a Texas man, who was rushed to hospital. Last month two children were bitten by sharks off Atlantique Beach and Sailors Haven in Long Island.

Earlier this month a Massachusetts man recorded stunning video of a shark leaping out of the water with its jaws wide open.