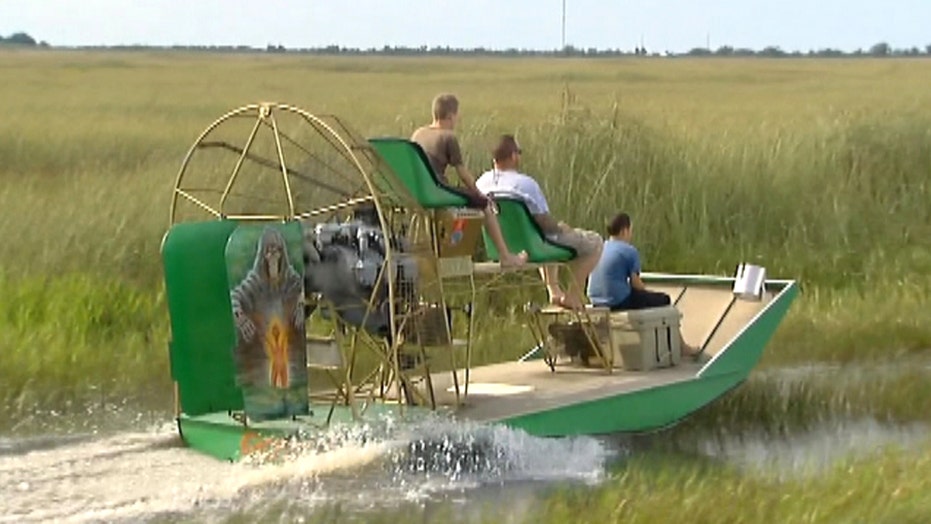 Amid the sweeping sawgrass of Everglades National Park are sights and sounds that draw a million visitors every year: alligators and airboats.

Florida’s Native Americans paddled dugout canoes through the shallow waters of the “river of grass” past the gators, snakes, blue herons and egrets. In the last century, Florida’s "gladesmen" invented the airboat, making traversing the swamps far more efficient. South of the Tamiami Trail, gladesmen would hydroplane the propeller-powered airboats through the mangroves and sawgrass, hunting alligator and frogs or just enjoying the natural beauty of the swamp.

After Everglades National Park was established in 1934, hunting was banned along with motorized vehicles, except in one small sliver of the park known as the Eastern Extension. Even though it became part of the 1.5 million-acre park in 1989, air boating has continued. But that 1989 act of Congress also mandated the U.S. Park Service come up with a comprehensive management plan which included the government buying up 9,000 parcels of land and holding nearly 50 public meetings over the years. Now, that plan is ready to be implemented, and that means the end of private air boating in Everglades National Park.

“It’s heartbreaking for me," said Keith Price, president of the Airboat Association of Florida. "I’ve spent my lifetime sharing the everglades.”

Fortunately for Price, the phasing out of the airboats will grandfather in those who can prove they were at least 16 years old and active air boaters as of 1989. Those gladesmen -- and it is still unclear how many qualify -- will still be able to do what they’ve always done. For everyone else, they only have a few months left.

“They’re robbing our children and grandchildren of the culture and the heritage that is going on here,” lamented Price.

Into the sunset? The legendary airboats of Florida's 'gladesmen' will soon be banned from the Everglades.

Aside from the grandfathered gladesmen, the only air boating that will continue to be allowed in the eastern section of the Park will be four commercial air boat tour operators. They’ll no longer be independent, but will instead work as contractors for the park. Park officials will regulate their concessions and the number of runs they do.

Gladesmen say they are part of the state's unique culture.

At Coopertown Air Boat Tours—the oldest in the business, operating since 1945—73-year-old Jesse Kennon is lukewarm on the whole thing.

“You’re taking away something I’ve done for 60 years and now saying, ‘Okay, you’re going to do what I want you to do,'" he said. "I don’t mind working with the park, but I don’t like to work FOR the park.

The official phase out of the private airboats goes into effect next year. The gladesmen fear this is a step towards the eventual demise of what’s left of what they consider a critical piece of Florida's culture.

Unless a future Congress reverses the rules, the gladesmen can either airboat elsewhere, on state lands or those controlled by the Bureau of Land Management. Or, they can become what several defiantly have predicted: Everglades airboat outlaws, speeding through the Everglades, always on the lookout for Park Rangers on their own airboats.