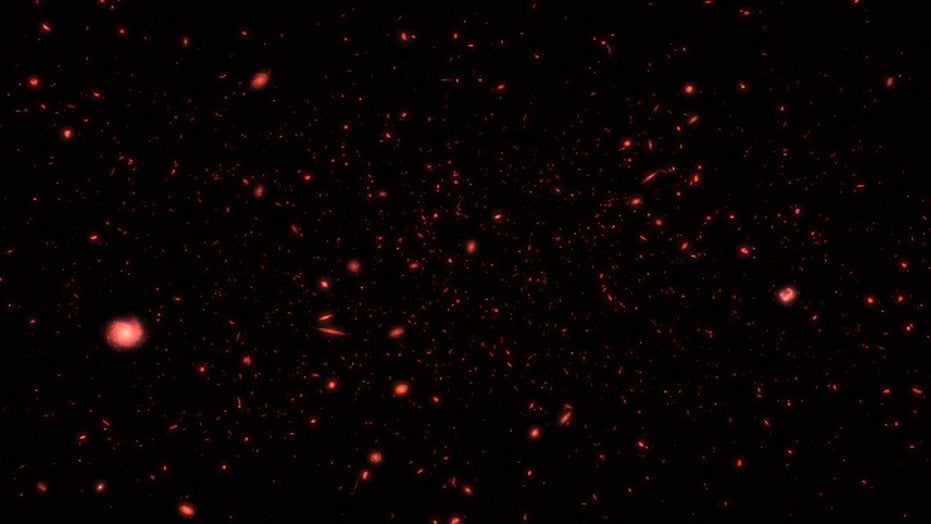 The Hubble Space Telescope has made a remarkable set of discoveries, finding evidence that the first stars and galaxies formed earlier than previously thought, according to a new research.

The iconic celestial instrument, which has been in low-Earth orbit since 1990, found no evidence of stars from the early days of the universe, known as Population III stars, but rather galaxies that were more mature than they should be.

“These results have profound astrophysical consequences as they show that galaxies must have formed much earlier than we thought,” Rachana Bhatawdekar, lead author of the research, said in a statement. "This also strongly supports the idea that low-mass/faint galaxies in the early Universe are responsible for reionization."

New results from the NASA/ESA Hubble Space Telescope suggest the formation of the first stars and galaxies in the early Universe took place sooner than previously thought. A European team of astronomers have found no evidence of the first generation of stars, known as Population III stars, when the Universe was less than one billion years old. This artist’s impression presents the early Universe. (Credit: ESA/Hubble, M. Kornmesser, CC BY 4.0)

Bhatawdekar and the other researchers used a new technique that allowed them to look at low-mass galaxies that may have originally been undiscovered.

"These results show that galaxies must have formed much earlier than astronomers thought," a separate statement from the European Space Agency adds. "They also suggest that the earliest formation of stars and galaxies occurred much earlier than can be probed with the Hubble Space Telescope, leaving an exciting area of further research for the upcoming NASA/ESA/CSA James Webb Space Telescope — to study the Universe’s earliest galaxies."

The study was originally published in March 2019 in the Monthly Notices of the Royal Astronomical Society.

The Hubble Space Telescope celebrated its 30th anniversary in space on April 24 and was lauded by experts around the world, including those at NASA and the ESA.

'RING OF FIRE' GALAXY DISCOVERED 11B LIGHT-YEARS FROM EARTH

Launched on the back of the space shuttle Discovery in 1990, the orbiting telescope which is about the size of a school bus, has shown the birth of stars and even the creation of black holes.

NASA notes that it has also captured Jupiter’s Great Red Spot shrinking over time and made discoveries such as planetary moons and icy objects beyond Pluto.

It will be replaced by the James Webb Telescope, which is slated to launch in 2021. However, that timing may be up in the air, due to the coronavirus pandemic, Fox News previously reported.