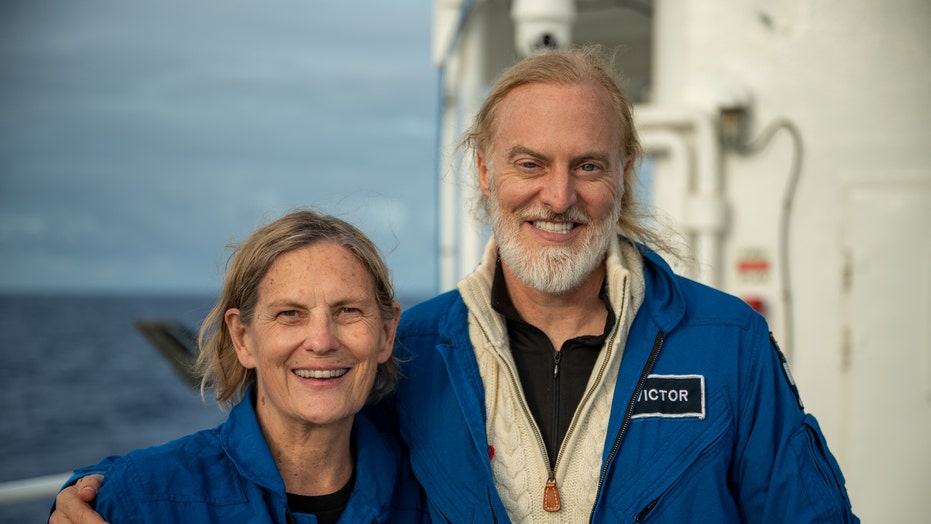 Former NASA astronaut Kathy Sullivan successfully completed a historic dive into the Mariana trench on Sunday before speaking to the crew of the International Space Station from the depths of the ocean.

“Kathy Sullivan had just completed her historic dive to become the first woman to reach the deepest point in the ocean and the first human to have been in space and at full ocean depth,” explained EYOS Expeditions in a statement emailed to Fox News.

The call was made from the DSSV Pressure Drop, which is the mothership of the submersible DSV Limiting Factor. Sullivan had just returned from Challenger Deep, the deepest point of the ocean, nearly 7 miles below the surface. The submersible, which is built by Triton Submarines, was piloted by Victor Vescovo, founder of undersea technology specialist Caladan Oceanic.

SPACEX MAKES HISTORY, LAUNCHES NASA ASTRONAUTS INTO SPACE FROM US SOIL FOR THE FIRST TIME SINCE 2011

In stark contrast, the ISS is in low earth orbit, at an altitude of about 254 miles.

Sullivan, an oceanographer and the first American woman to walk in space, is also a veteran of three space shuttle missions.

“As a hybrid oceanographer and astronaut this was an extraordinary day, a once in a lifetime day, seeing the moonscape of the Challenger Deep and then comparing notes with my colleagues on the ISS about our remarkable reusable inner-space outer-spacecraft,” said Sullivan, in the statement.

“It was amazing to set up a conversation between two ’spacecraft’; one operating as a platform for research in outer space, the other an exploration vehicle for ‘inner space’,” said EYOS Expeditions Expedition Leader Rob McCallum, in the statement.