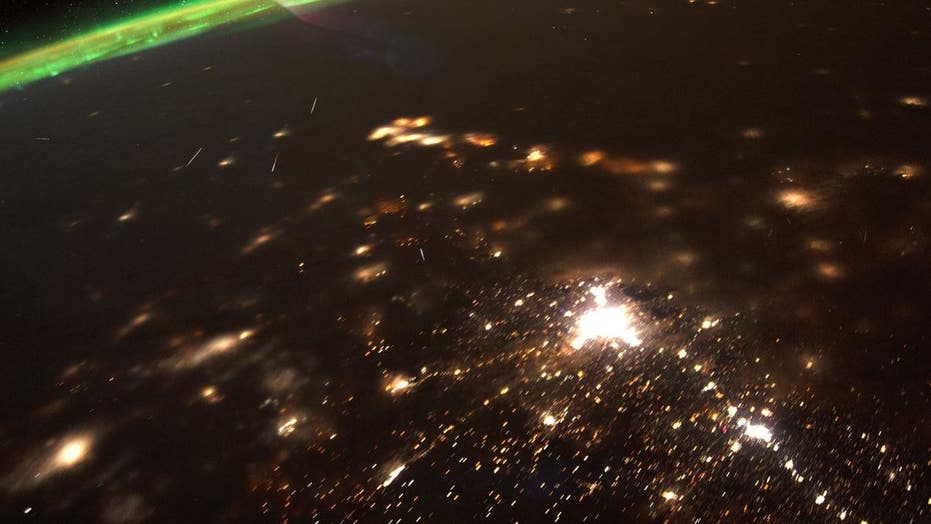 In the midst of the Quadrantid meteor shower, NASA astronaut Christina Koch captured a stunning image of several meteors zooming through the atmosphere.

"Can you see shooting stars from space? Turns out, yes!" wrote Koch on Twitter, where she posted the image. "The first meteor shower of the decade and we were lucky enough to catch it from the @Space_Station along with the northern lights. This is a composite image of a few of the #quadrantids as they blazed into the atmosphere."

In the distance, bright green auroras can be seen lighting up the dark sky, as Space.com reports.

A NASA astronaut captured the image above. (Christina Koch/NASA/Twitter)

This is the latest of a number of beautiful images released by NASA in recent weeks.

Last week, a picture showed a gorgeous display of galactic "fireworks" some 23 million light-years away.

An astronaut with the space agency also captured an otherworldly image of the full moon rising over the frozen Hudson Bay in northern Canada.

NASA's image of the Anti-Atlas Mountains in Morocco used infrared bands to depict the unique topography of the mountains.