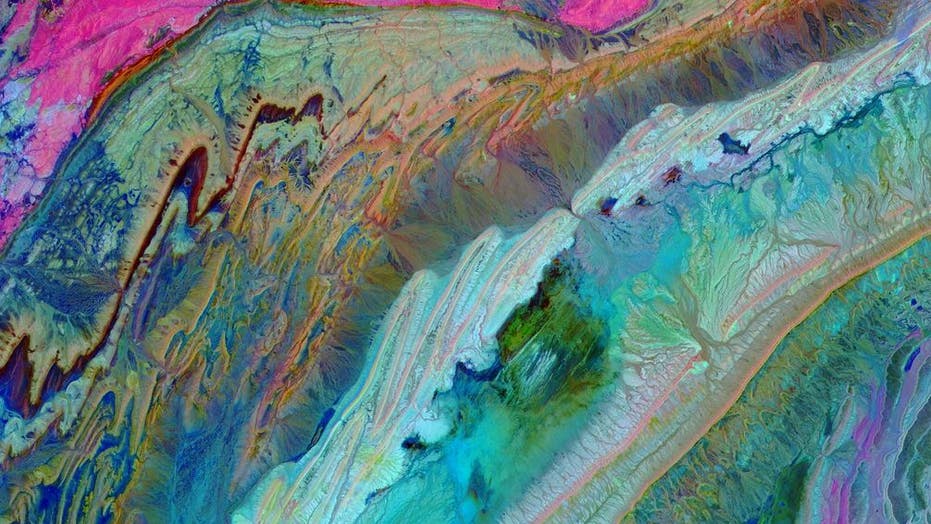 NASA released a gorgeous image of the Anti-Atlas Mountains of Morocco on Thursday that uses infrared bands to depict different rocks and show complex folding.

The mountains formed as a result of the African and Eurasian tectonic plates colliding about 80 million years ago, according to NASA.

"The limestone, sandstone, claystone and gypsum layers that formed the ocean bed were folded and crumpled to create the Anti-Atlas Mountains," the space agency said in a statement that accompanied the image.

"In this image of southwest Morocco, visible, near-infrared and short wavelength infrared bands are combined to dramatically highlight the different rock types, and illustrate the complex folding," NASA said.

Terra launched 20 years ago in December 1999 and is the flagship of the agency's Earth Observing System, providing scientists with consistent data about Earth.