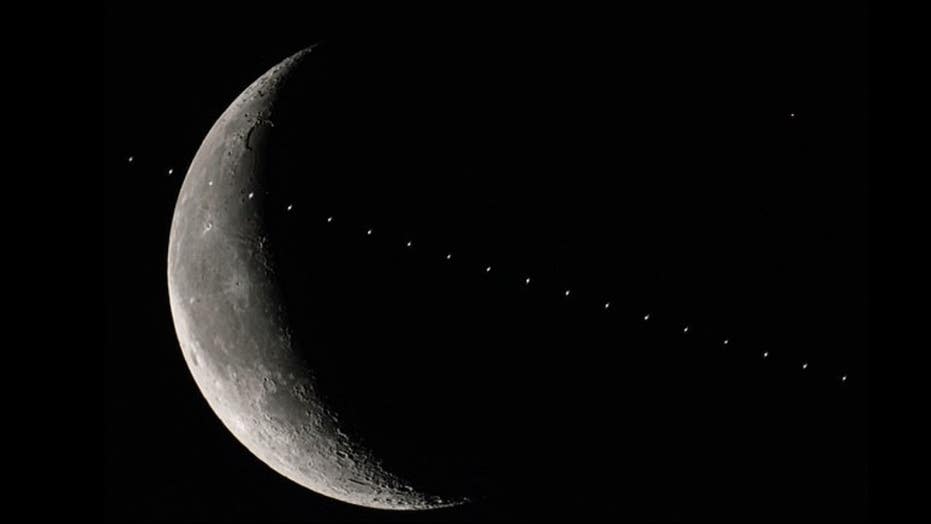 NASA has revealed a gorgeous image of the moon, Mars and the International Space Station.

The epic photograph was captured on Feb. 18 and shows the ISS crossing in front of the moon about 250 miles above Earth.

The waning crescent moon is flanked by a very tiny glowing red dot, which is Mars.

"I've been planning this shot for about a month, keeping my fingers crossed that some of the complicating factors that could have spoiled this shot wouldn't lead to a missed opportunity," photographer Paul Schmit explained to The Sun.

The photograph was taken on February 18 in New Mexico and charts the progress of the ISS through the night sky. (NASA APOD: Paul Schmit, Gary Schmit)

"At 6:25 local time above the skies of northern New Mexico, the ISS was catching its first glimpses of the early-morning sunlight hundreds of miles above the Earth's surface," Schmit said. "While Mars slowly receded away from the moon's dark side."

The Sun reports that the ISS took less than a second to cross in front of the moon's disk.