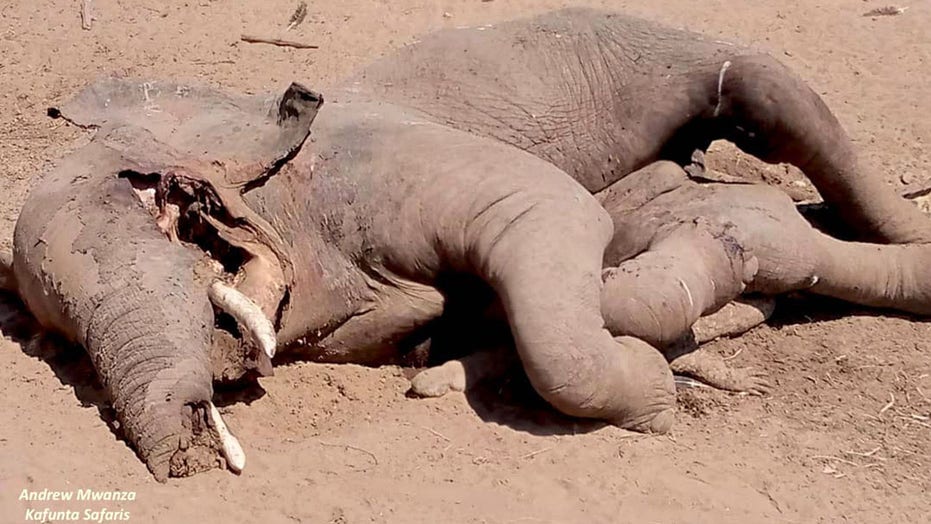 A fight between an elephant and a crocodile in Africa ended in both creatures dying. But what shocked onlookers is that the massive mammal landed on top of the crocodile, flattening the reptile in the process.

A photo of the bizarre sight was posted to Kafunta Safari's Facebook page and it was deemed an "extremely strange situation," with authorities called in to investigate.

"The park authorities were called (to investigate death of elephant and eventually remove the tusks) and they suspect the elephant was injured and the croc was following it, when the elephant collapse while trying to climb the bank of the river," Kafunta wrote on Facebook. "Squashing the croc. Very strange. The park authorities didn't find any trace of human foul play in regards to the elephant's death."

The incident, which took place at Zambia's South Luangwa National Park, was discovered by Kafunta's guide, Andrew Mwanza, on Oct. 8.

Although elephants outweigh crocodiles by a considerable margin, the dangerous reptiles have been known to attack young elephants or those that are sick or injured. In 2010, National Geographic captured rare photos of a Nile crocodile attacking an adult elephant.

Nile crocodiles can reach up to 16 feet in length and weigh up to 500 pounds.

"From the pictures I've seen, the croc was a small subadult or small adult, and I highly doubt it was trying to take an injured adult elephant down. That seems like a lot of work for a smaller predator, and not in its favor," Marisa Tellez, co-founder of the Crocodile Research Coalition, said in an interview with LiveScience.

"Of course, you will always have more bold individuals that will take more than they bargained for," Tellez added. "I am also wondering if this may have been a young female defending her nest from an elephant possibly trampling all over it."