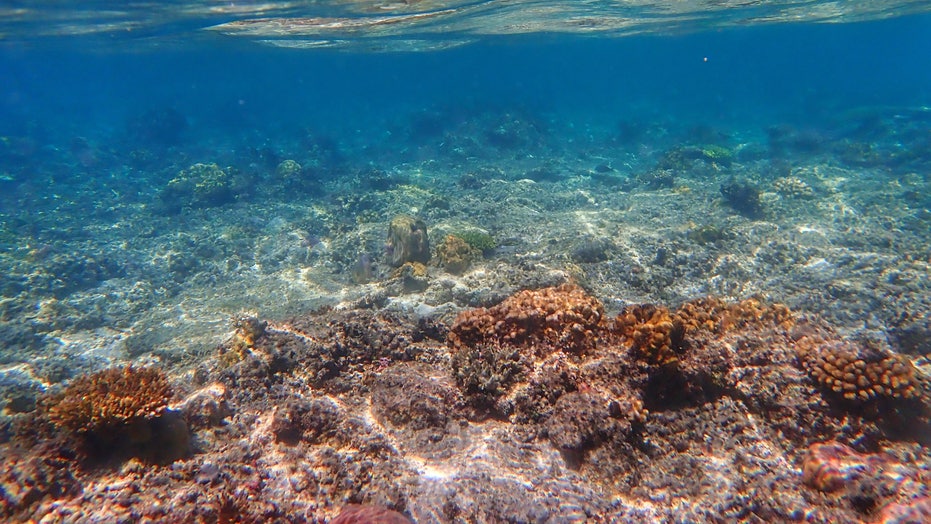 A shocking new study notes that the amount of heat that has been put into the planet's oceans from human activity over the past 70 years is the equivalent of more than 3 billion atomic bombs.

The research, published in journal Advances in Atmospheric Sciences, notes that the average temperature of the world's oceans in 2019 was 0.075 degrees Celsius (0.135 degrees Fahrenheit) higher than the 1981–2010 average. Put together, the oceans have taken in a whopping 228 sextillion Joules' worth of heat, the scientists concluded.

"The amount of heat we have put in the world's oceans in the past 25 years equals to 3.6 billion Hiroshima atom-bomb explosions," said Cheng Lijing, the study's lead author in a statement. "This measured ocean warming is irrefutable and is further proof of global warming. There are no reasonable alternatives aside from the human emissions of heat trapping gases to explain this heating."

The ocean absorbs most of the excess heat from greenhouse gas emissions, leading to rising ocean temperatures. (Credit: Jiang Zhu)

UN REPORT ON WORLD'S OCEANS IS DAMNING: 'WE'RE ALL IN BIG TROUBLE'

Lijing added that the atomic bomb that was dropped on Hiroshima, Japan during World War II had an energy explosion equivalent to 63,000,000,000,000 Joules.

"It is critical to understand how fast things are changing," Abraham, who is a professor of mechanical engineering at the University of St. Thomas, added in the statement. "The key to answering this question is in the oceans -- that's where the vast majority of heat ends up. If you want to understand global warming, you have to measure ocean warming."

Abraham added that global warming is "real" and "getting worse," highlighting some of the recent extreme weather events, rising sea levels and devastation suffered by ocean animals.

"And this is just the tip of the iceberg for what is to come," he said. Fortunately, we can do something about it: We can use energy more wisely and we can diversify our energy sources. We have the power to reduce this problem."

Cheng agreed, specifically mentioning the "catastrophic fires in the Amazon, California and Australia," adding that the devastation from heat attributed to human activity, 90 percent of which is absorbed by the planet's oceans, is continuing.  "The global ocean warming has caused marine heat waves in Tasman Sea and other regions," he said.

The ocean absorbs most of the excess heat from greenhouse gas emissions, leading to rising ocean temperatures. (Credit: Jiang Zhu)

Other scientists are also highlighting warm temperatures. The decade that just ended was by far the hottest ever measured on Earth, capped off by the second-warmest year on record, two U.S. agencies reported Wednesday. NASA and the National Oceanic and Atmospheric Administration have calculated that 2019 was the second-hottest year in 140 years of record-keeping.

In addition to the devastating environmental effects, there are significant economic costs associated with warming and rising oceans, which could threaten as many as 480 million people around the globe.

A hot spot in the Gulf of Mexico in 2017 created Hurricane Harvey, a massive storm that killed 82 people and resulted in $108 billion in damages, according to data from the Rice Kinder Institute for Urban Research.

In 2018, Hurricane Florence resulted in 53 deaths and led to damages between $38 billion and $50 billion, according to Moody's Analytics, Kevin Tremberth, one of the study's co-authors, stated.

A separate study published in 2019 suggested that "virtually all" nations will see their economies shrink because of climate change by 2100.