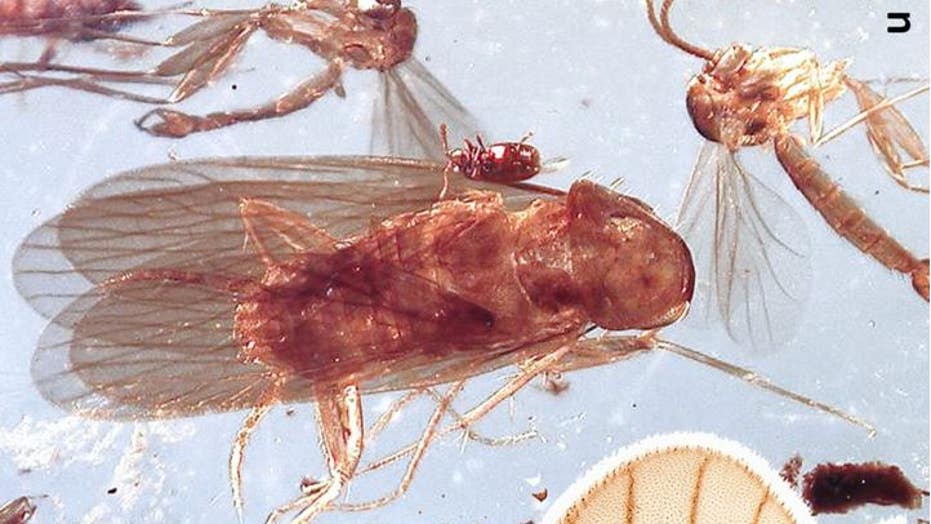 Two new ancient species of cockroach have been found, perfectly preserved in amber, in a cave in Myanmar.

Scientists named the well-preserved specimens Crenocticola svadba and Mulleriblattina bowangi, with both dating back about 99 million years ago -- placing them on earth during the time of the dinosaurs.

The cockroaches were discovered, according to Phys.org, among amber deposits that had been taken out of a mine in Myanmar's Hukawng Valley.

"Cave environments are well suited for fossilization of bones and coprolites [or fossilized feces] and the fossil record of cave mammals includes rodents, ungulates, marsupials, ursids, felids, hyaenids, canids, primates and humans," they wrote in their paper, which was published in Gondwana Research.

EARTH MAY HAVE BEEN A WATERWORLD COVERED BY GLOBAL OCEAN 3.2 BILLION YEARS AGO

The specimens have a number of features in common with modern cockroaches living in caves, according to researchers, including small eyes and small wings that are attached to tiny bodies

As for how the cockroaches ended up fossilized in amber, scientists were not entirely sure.

Ancient resin may have dripped from tree roots into the cockroaches' caves and then hardened around the insects, Live Science reports.