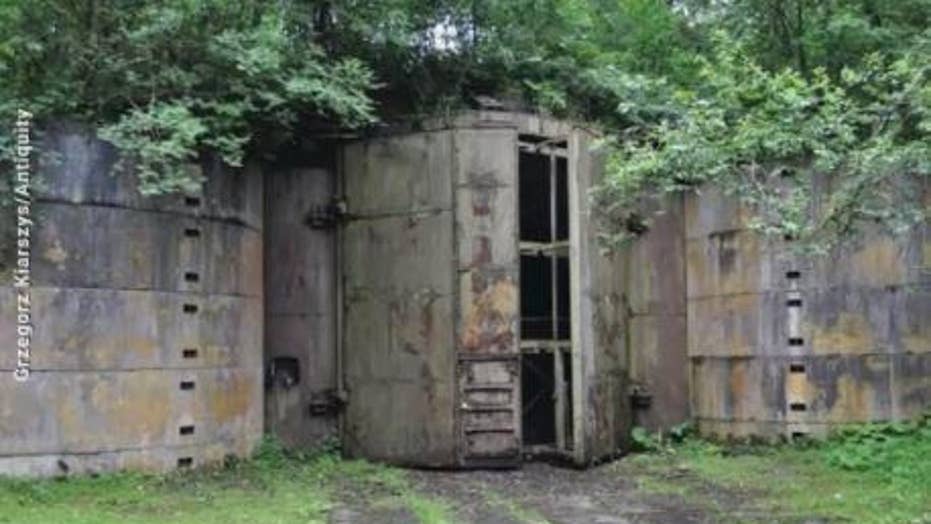 Experts uncover new details of Soviet Union bunkers that once housed nuclear warheads across Poland and hope the findings will reveal new insights into the Soviet Union.

The Soviet Union left a chilling legacy of the Cold War dotted across Poland – bunkers that once housed nuclear warheads hidden deep in the nation’s forests.

Experts are now uncovering new details of the once-secret sites. In the journal Antiquity, archaeologist Grzegorz Kiarszys argues that the crumbling former nuclear bases should be protected and studied because “they have the potential to increase our understanding of the general mechanisms related to such phenomena as conflict, totalitarianism and cultural identity.”

The article is titled "The destroyer of worlds hidden in the forest: Cold War nuclear warhead sites in Poland."

The bunkers were built by the Poles during the 1960s in the belief that they were constructing communication barracks for Soviet troops. However, when the bases were handed over to the Soviet military in 1969 they disappeared from official records, according to Kiarszys.

“Soon after completion of the bases, some documents were destroyed, and maps and blueprints were sent back to Moscow,” he writes, in Antiquity. “There are no known plans of the facilities in the Polish archives, no information about their spatial organization, ﬁeld defenses, landscape context or any potential modiﬁcation.”

Even aerial photos taken by the Polish Cartographic Service from the end of the 1960s to the early 1990s were carefully censored, according to the archaeologist.

Keen to unearth details about the sites, Kiarszys used laser-scanning data, historical maps, declassified satellite images and historical aerial photography to study three abandoned bunkers in western Poland. Archaeology, he says, can serve as a sort of detective to reveal new details about the Cold War.

Two of the three former nuclear storage sites featured in the study are badly damaged – Kiarszys notes that almost all of the buildings at Brzeźnica Kolonia and Templewo were demolished in the mid-1990s. Even the concrete road surfaces have been removed although the ‘Monolit’ bunkers that once housed the nuclear warheads remain.

The bunkers at Brzeźnica Kolonia and Templewo, however, have been “plundered,” according to Kiarszys, who says that their internal equipment has been removed and their entrances blocked with concrete.

Podborsko, the third base featured, has survived in relatively decent condition. “All three bunkers at Podborsko retain most of their original equipment and in situ gates,” according to Kiarszys.

The study offers fresh insight into how the sites were built and the lives of the Soviet personnel stationed at them.

A vital clue to the site at Brzeźnica Kolonia, for example, was the construction of a soccer field surrounded by a running track. The Soviet soldiers’ sports facilities stood out from the verdant forest around them and “certainly drew the attention of NATO and CIA aerial photograph interpreters,” the archaeologist writes.

Podborsko is also revealing its secrets. “For over two decades, the base at Podborsko was heavily guarded, and the soldiers’ activities there have left many material traces in the surrounding landscape,” Kiarszys explains. “A notable feature recorded by ALS [airborne laser scanning] is the countless paths eroded by soldiers patrolling day after day.”

The soccer pitch and running track at Brzeźnica Kolonia that provided a vital clue to the secret Soviet nuclear site. (Grzegorz Kiarszys/Antiquity)

Archaeological data, he explains in the article, can "persuasive narratives about the recent hidden past."

In 2016, scientists at the Russian Arctic National Park unearthed the remains of a secret Nazi base on the remote island of Alexandra Land that was abandoned during the latter stages of World War II.