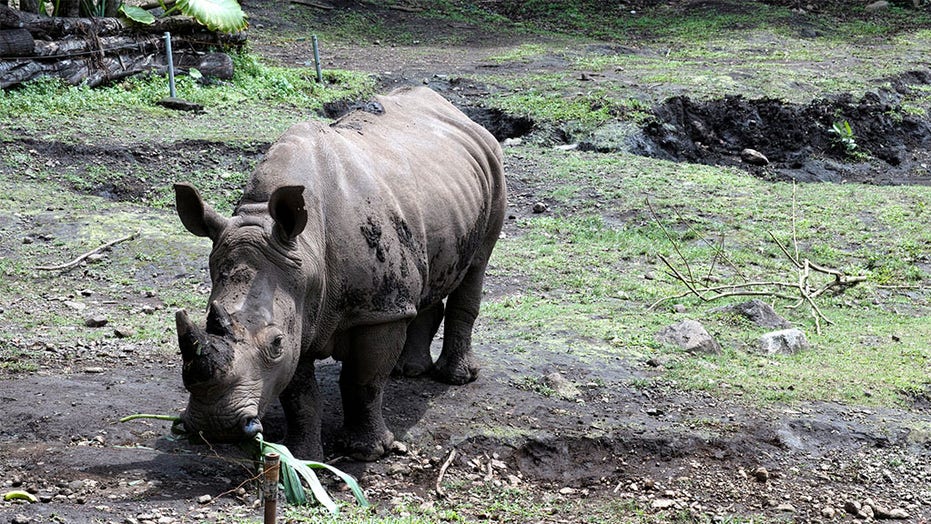 The Sumatran rhino is now officially extinct in Malaysia with the death from cancer of a 25-year-old female named Iman -- the last known specimen in the Asian country, according to the BBC.

The Sumatran rhino once roamed across Asia but has all but disappeared from the wild, the BBC reported. Fewer than 100 Sumatran rhinos are believed to exist today.

Iman’s death at the Borneo Rhino Sanctuary “was a natural one, and the immediate cause has been categorized as shock,” Malaysia’s Minister of Tourism Christina Liew said, according to the Malaysia Star.

“Iman was given the very best care and attention since her capture in March 2014 right up to the moment she passed, Liew said. "No one could have done more.”

The paper quoted the minister as saying that over the years Iman had almost died on several occasions due to sudden massive blood loss from uterine tumors.

The number of Sumatran rhinos has dwindled due to poaching and habitat loss, but the biggest threat facing the species today is the fragmented nature of their populations, the BBC reported.

Efforts to breed the species in Malaysia have so far failed.