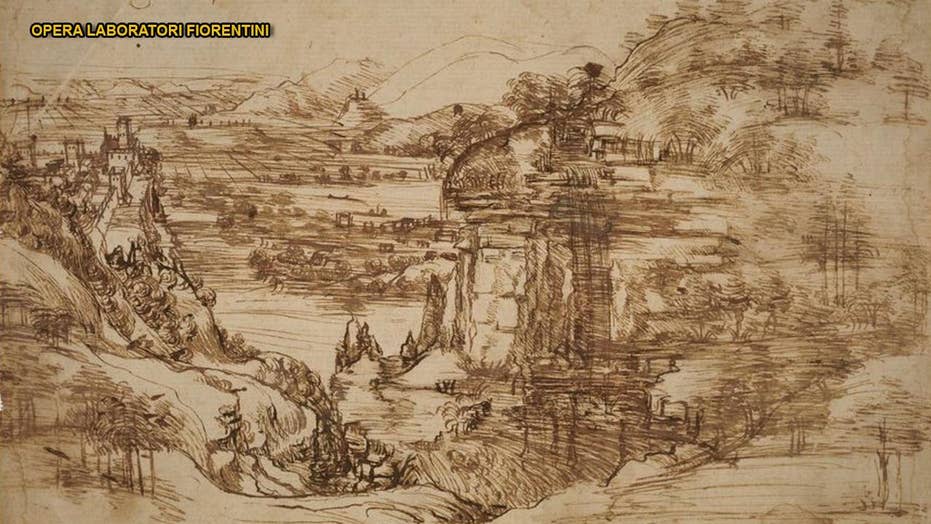 Leonardo Da Vinci, one of the greatest inventors, painters and sculptors in history, was apparently also ambidextrous. A new handwriting analysis of one of Da Vinci's works, 'Landscape,' revealed two inscriptions on the painting, one written from right to left and the other written from left to right, which provides evidence of ambidexterity, according to researchers. Previously Da Vinci was long-known to be left-handed.

It's been well-established that Leonardo da Vinci, one of the greatest inventors, painters and sculptors in recorded history, was left-handed. But a new analysis of the famed da Vinci's works indicates he was ambidextrous.

According to a study done by experts at the art conservation and research institution Opificio delle Pietre Dure (OPD), da Vinci was equally adept at painting and writing with his right hand, including one of his more famous works, "Landscape," made when he was just 21 years of age.

There are two inscriptions on the painting, one written from right to left and the other written from left to right, which provides evidence of ambidexterity, the researchers said.

"First of all, they are both autograph inscriptions (as are the sketches of a head and a human figure on the back of the sheet) because they are written with the same ink he also used to draw most of the Landscape, this being the outcome borne out by an accurate calligraphic survey on the two inscriptions and many other autograph texts by Leonardo," researchers said in a statement. "All in all, a combined study of the materials used, of the typical features of his writing and a comparison between different documents has shown that the artist presumably used his left hand to write the front inscription in 'mirror writing', while he used his right one to write the back inscription ordinarily."

They continued: "Both forms of writing, while displaying a certain number of differences due to the use of different hands, share numerous key features that unquestionably display Leonardo's unique style."

The landscapes depict a river in the center with a stream and two banks connected by a bridge, with a rock on the left. To create this drawing, da Vinci used "carbon black and then proceeded to highlight some of the features in ink and also to add in some additional mountain peaks."

Several other notable features of the drawing were also discovered, including a stylized flower and "several geometrical motifs, which are particularly visible under infrared light."

Nearly 500 years after his death, da Vinci continues to be a source of bewilderment and amazement for the modern world.

In January, da Vinci’s thumbprint was discovered in a drawing by the Renaissance Master that is owned by Queen Elizabeth II. The hidden detail, revealed in a new book entitled “Leonard da Vinci: A Closer Look,” analyzes 80 of Leonardo’s drawings from the Royal Collection, shedding new light on the famous artist’s craft.

The thumbprint was found on “the cardiovascular system and principal organs of a woman,” an anatomical drawing by Leonardo that dates to around 1509 and 1510.