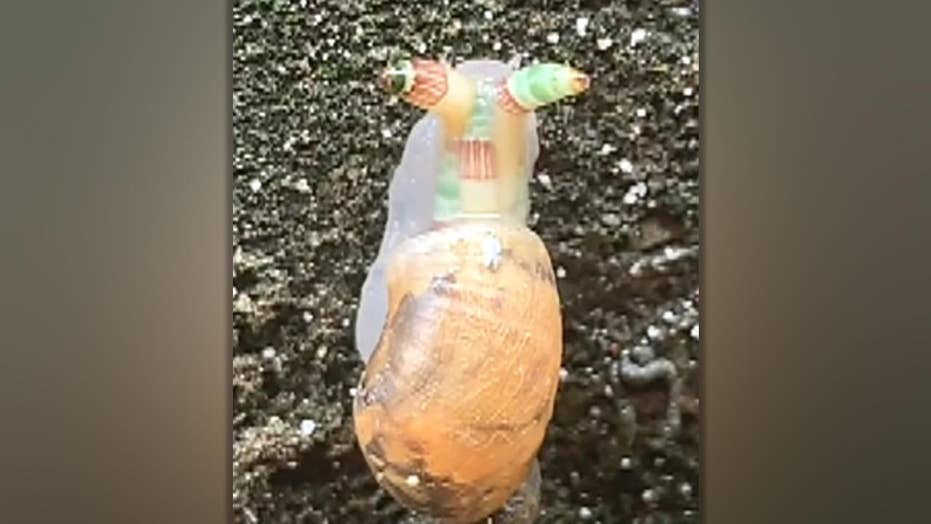 Do not attempt to adjust the picture. What you are seeing is real.

A hiker going up the hills in Taiwan’s Changhua County earlier this month spotted a bizarre-looking snail that was flashing orange and green after its body was hijacked by a parasite.

“The snail looked like it had multicolored neon lights inside,” hiker Lin Ruian told Viral Press. “I don’t know what was causing it but it was very strange. I poked it with a stick and it rolled over.”

Succinea (amber snails) often become hosts to the parasitic flatworm, known as leucochloridium paradoxum, according to a 2013 study published in the Journal of Zoology.

The study notes the "[t]he infected snails with pulsating broodsacs behaved differently from their apparently non‐infected counterparts," adding that they "moved farther, positioned themselves in more exposed and better illuminated places, situated higher in the vegetation."

Biologist Tomasz Wesołowski, who described leucochloridium paradoxum in the 2013 study, also noted that the infected snails were able to move three times as fast as normal.

The snails flash different colors to imitate caterpillars to hungry birds, who then eat the snail. The process starts all over again, as the birds' intestinal tract provides a space for the flatworm to reproduce and enter another unsuspecting host.

Remarkably, the snails can survive the event, due to their regenerating capabilities. L. paradoxum exists largely in the eyestalk of the snail, the part the birds go for, as it most resembles a caterpillar, according to the New York Post.