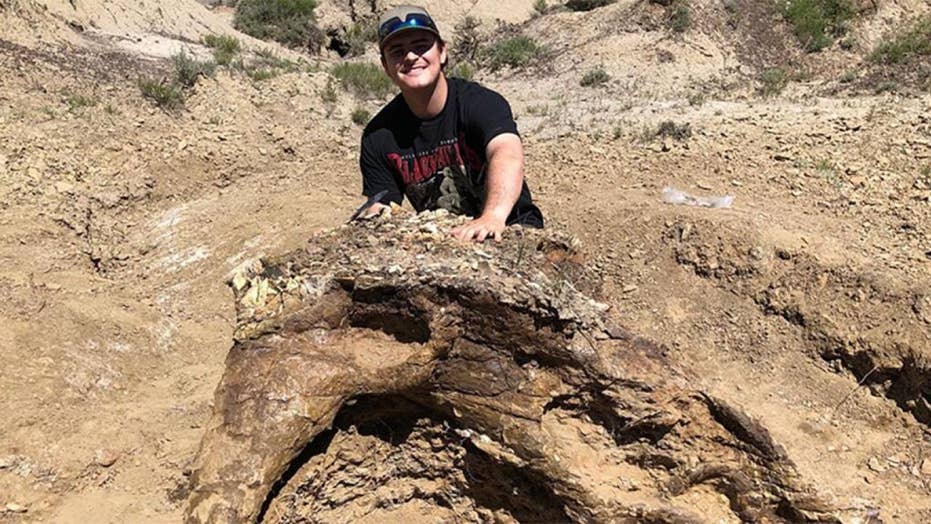 A California college student majoring in biology just found something rare and special.

In the badlands of North Dakota the fifth-year student from the University of California, Merced found the 65-million-year-old fossil of a partial Triceratops skull among plant fossils from the Cretaceous period.

“I can’t quite express my excitement in the moment when we uncovered the skull,” the student, Harrison Duran, said in his school’s release. “I’ve been obsessed with dinosaurs since I was a kid, so it was a pretty big deal.”

Harrison Duran said, “I’ve been obsessed with dinosaurs since I was a kid.” (University of California, Merced)

USA Today reported that the dino skull was found in the Hell's Creek formation, which spans Montana, North Dakota, South Dakota and Wyoming, where dinosaurs roamed anywhere from 100.5 to 23 million years ago.

There is already discussions about where the find can be exhibited.

“The goal is to use this find as an educational opportunity, not just reserve [it] in a private collection somewhere so only a handful of people can see her," Kjelland said.