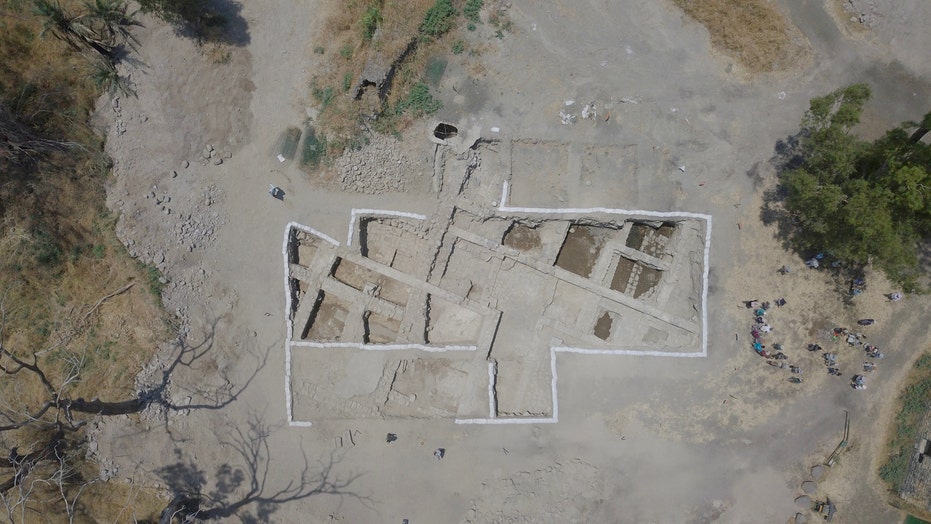 The Church of the Apostles, which is said to have been built over the house of Jesus’ disciples Peter and Andrew, has been discovered near Israel’s Sea of Galilee, according to a team of American and Israeli archaeologists.

Experts from the Kinneret Institute for Galilean Archaeology at Kinneret College, Israel and Nyack College in New York, have been excavating the site of el-Araj on the northern shore of the Sea of Galilee. The archaeologists believe that el-Araj is the site of the ancient Jewish fishing village of Bethsaida, which later became the Roman city of Julias.

Experts are confident that the next excavation season at el-Araj will reveal more of the ancient site’s secrets. (Zachary Wong)

Prof. Steven Notley of Nyack College told Fox News that the group’s previous annual excavations at the site had uncovered evidence of the church’s existence, such as pieces of marble from its chancel screen and small gilded glass blocks called tesserae that were used in ornate church wall mosaics. “These discoveries already informed us that the church was waiting to be found somewhere nearby,” he explained, via email.

Following the clues, the archaeologists discovered the church’s mosaic floors. “It is always remarkable to bring these beautifully decorated floors to light after being buried for almost 1500 years,” Notley explained.

Archaeologists uncovered the mosaic floor of the Byzantine church at el-Araj. (Zachary Wong)

The Byzantine church had been mentioned by early Christian pilgrims, notably the Bavarian bishop (and saint) Willibald in 725 A.D. “[Willibald] states that the church was in Bethsaida built over the house of Peter and Andrew, among the first disciples of Jesus,” Notley told Fox News.

The professor added that the church’s discovery is significant for at least two reasons. “First, until its recent discovery, many scholars questioned its existence. Although it is mentioned in Byzantine pilgrimage itineraries, many thought these reports mistaken,” he explained. “Of equal importance, the church indicates that there existed a living memory in the Christian community about the location of Bethsaida, home of Peter, Andrew and Philip (John 1:44).”

Aerial view of the excavation site at el-Araj. (Zachary Wong)

While the site appears to have been unoccupied for about two centuries during the 4th and 5th centuries A.D., the local Christian community still remembered where the New Testament village had been located, according to Notley. “The discovery of the church strengthens our position that el-Araj should be considered the leading candidate for New Testament Bethsaida-Julias,” he added.

The southern rooms of the church have been uncovered. (Zachary Wong)

A Roman bathhouse discovered at el-Araj in 2017 provided an important glimpse into the area's ancient urbanization and Motti Aviam of Kinneret College selected a site over 100 yards from the main excavation site for a subsequent dig. The excavation found Roman-era houses and pottery, indicating the existence of a small city.

Experts from the Kinneret Institute for Galilean Archaeology at Kinneret College, Israel and Nyack College in New York, excavating the site of el-Araj on the northern shore of the Sea of Galilee. (Zachary Wong)

Notley has been the academic director of the el-Araj excavation for all of its four seasons and has been actively involved in the identification of the site of Bethsaida-Julias for almost 20 years. He explains that Josephus Flavius only mentions Bethsaida once in his extensive writings. "In that account, he describes how the local governor Herod Philip transformed the Jewish fishing village of Bethsaida into a Roman polis [city]," Notley told Fox News.  "The bathhouse was the first archaeological evidence of his efforts."

Experts are confident that the next excavation season at el-Araj will reveal more of the ancient site’s secrets and plan to entirely excavate the Byzantine church. “Thus far, we have only uncovered some of the southern rooms of the church, likely the southern aisle,” Notley said. “At the end of this season, we were just beginning to uncover the mosaics of what is likely the nave, the center section of the church.”

The archaeologists believe that el-Araj is the site of the ancient Jewish fishing village of Bethsaida, which later became the Roman city of Julias. (Zachary Wong)

Electromagnetic imaging also suggests that there are more buildings and structures to be excavated at el-Araj. “At the end of next season we expect to be able to publish a preliminary report on our first five seasons and definitely answer the question of the location of New Testament Bethsaida-Julias,” Notley explained.