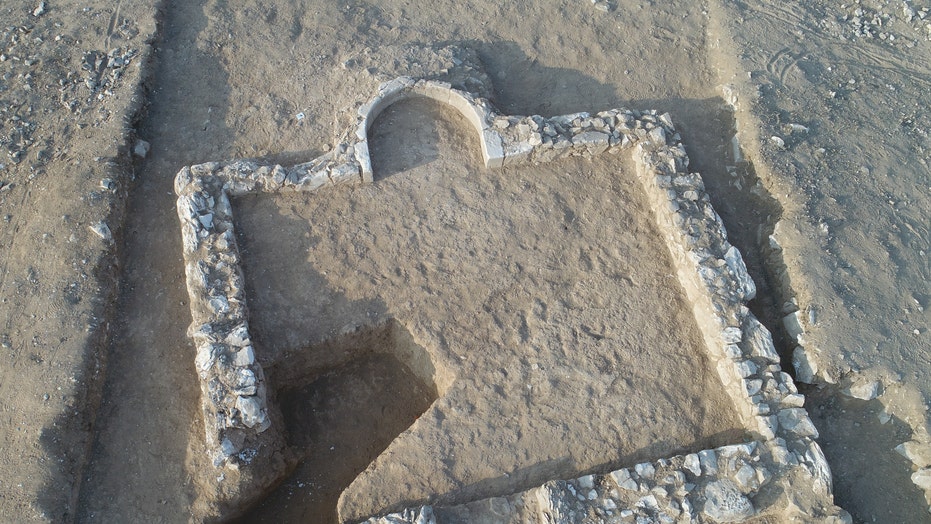 The remains of a 1,200-year-old mosque have been discovered in Israel’s Negev desert. The ancient structure is one of the earliest known mosques in the world, according to experts.

The building was found by the Israel Antiquities Authority, which says that the discovery is an extremely unusual one.

“A small rural mosque, dated to the 7th to 8th centuries... is a rare finding anywhere in the world, especially in the area north of [the Israeli Negev desert city of] Be'er Sheva, where no similar building has previously been discovered,” said Dr. Jon Seligman and Shahar Zur, who directed the excavation, in a statement. “From this period there are large known mosques in Jerusalem and in Mecca, but here we have evidence of an ancient house of prayer, which seems to have served the farmers who lived in the area.”

HUGE 9,000-YEAR-OLD STONE AGE SETTLEMENT, ONE OF THE LARGEST IN THE WORLD, DISCOVERED IN ISRAEL

Archaeologists note that the open-air mosque features a “Mihrab,” or prayer niche, that faces south, towards Mecca. “These features are evidence for the purpose for which this building was used, many hundred years ago,” said Seligman and Zur, in the statement.

The mosque was discovered during preparations for the construction of a new neighborhood in the town of Rahat. “This is one of the earliest mosques known from the beginning of the arrival of Islam in Israel, after the Arab conquest” of 636 A.D., Prof. Gideon Avni said in a statement. “The discovery of the village and the mosque in its vicinity are a significant contribution to the study of the history of the country during this turbulent period.”

Local Bedouin residents and youth from nearby towns and villages participated in the excavation project.

Israel continues to reveal new details of its rich history. Archaeologists, for example, recently discovered a huge Neolithic settlement near Jerusalem, which they say is one of the largest ever found.

The ancient mosque is one of the earliest discovered. (Anat Rasiuk/Israel Antiquities Authority)

In a separate project, archaeologists in Southern Israel have discovered an ancient biblical city from the time of King David.

A stunning 1,600-year-old biblical mosaic has also been uncovered at the site of a fifth-century synagogue in northern Israel. The mosaic, which depicts a scene from the book of Exodus, was found at the synagogue site in Huqoq.