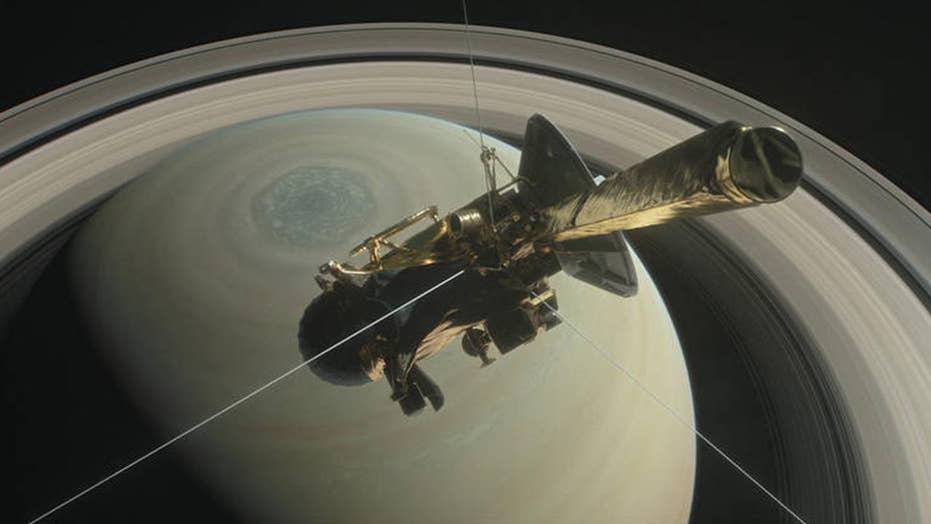 If you watched the Cassini probe's spectacular dive into Saturn last September, you weren't alone — in fact, space fans worldwide followed its social media campaign, illustrations and animations of the big event, and the "Grand Finale" dive and commentary itself was watched 2 million times, according to NASA. (More than 3 million space buffs visited the website during key Grand Finale events.)

"How many projects get to de-orbit their featured performer at the end of shooting?" producer Stephanie L. Smith said, according to Variety. The Grand Finale capped off Cassini's 20 years in space, and 13 years exploring the Saturn system, with a series of dives between the planet and its rings before burning up in the planet's atmosphere, taking measurements all the while.

The Cassini campaign was up against an animated virtual-reality short from Google called "Back to the Moon" and interactive virtual experiences for the movies "Blade Runner 2049," "Coco" and "Spider-Man Homecoming," all released in 2017.

Cassini's observations of Saturn have revolutionized our understanding of the planet, its rings and its more than 60 moons — and this award acknowledges the 360-degree videos and livestreams, interactive press kit, articles, educational materials, real-time tracking software and more that conveyed the drama and wonder of the mission and space exploration in general.

Editor's Note: This article was corrected to reflect that the award was presented Sept. 8. It will air as part of the Creative Arts Emmys Sept. 15 (the anniversary of Cassini's grand finale dive!).