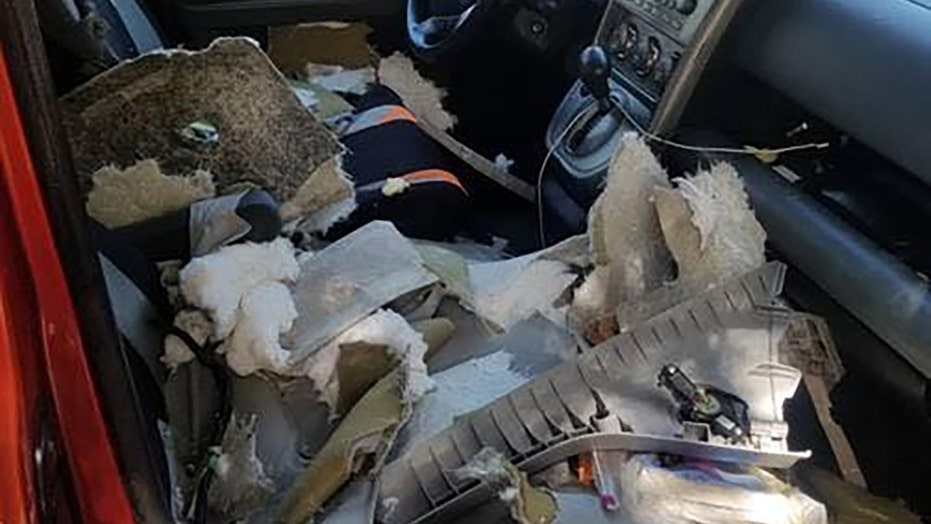 California police are reminding drivers to lock their car doors after a bear let itself inside an unlocked vehicle near Lake Tahoe and destroyed the interior.

The bear couldn't escape as easily as it had entered the vehicle and became trapped inside, the Placer County Sheriff’s Office said Wednesday.

"The bear had somehow locked the doors and broke the handles off, so they couldn’t open it from the outside," Sgt. Dave Hunt told FOX40 Sacramento.

The vehicle was "a total loss" after the bear tore up the interior, relieved itself and spit inside, police said. (Placer County Sheriff's Office)

While trapped inside, the bear apparently ripped the seats apart, tore open the glove compartment and pulled down part of the ceiling. The animal also urinated, defecated and spit all over the destroyed interior, police said. The department called the vehicle “a total loss.”

Police were eventually able to open the rear hatch to let the bear escape, FOX40 reported.

Sheriff’s deputies told the station the wild animal was looking for food and warned those visiting the area not to leave food in their cars as bear season enters full swing.

Bear activity increases during mating season in June and July, according to the Department of Fish and Wildlife. The animals will also eat anything that seems edible, including garbage.