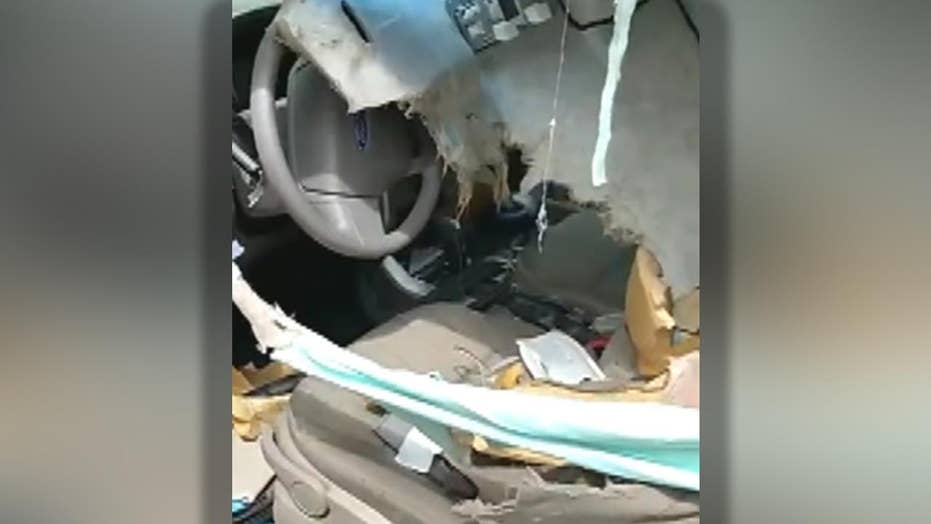 Bear tears apart the inside of a car in Colorado

Raw video: A curious bear tears apart the inside of a car in Estes Park, Colo. Officials say the bear is suspected to be the cause of another break-in houses away from the damaged vehicle.

One Colorado resident didn't lock his car overnight — and the intruder that subsequently broke in was smarter than the average prowler.

Colorado Parks and Wildlife posted video Friday of the vehicle after a bear broke inside in Estes Park, a city roughly 40 miles north of Boulder.

The vehicle's door and interior appeared to be destroyed, with the seat and driver's side door ripped apart and the ceiling seemingly pulled down.

"This video from last night’s incident shows what can happen to your vehicle if you leave your car doors unlocked," wildlife officials wrote. "Bears are exceptionally smart, which means us humans have to be exceptionally Bear Smart!"

Parks and Wildlife warned online that bears "will explore all possible food sources" and won't stop until they succeed. No matter the location -- vehicles, houses, properties -- "bears will work hard to get the calories they need," and will easily become aggressive to get a meal.