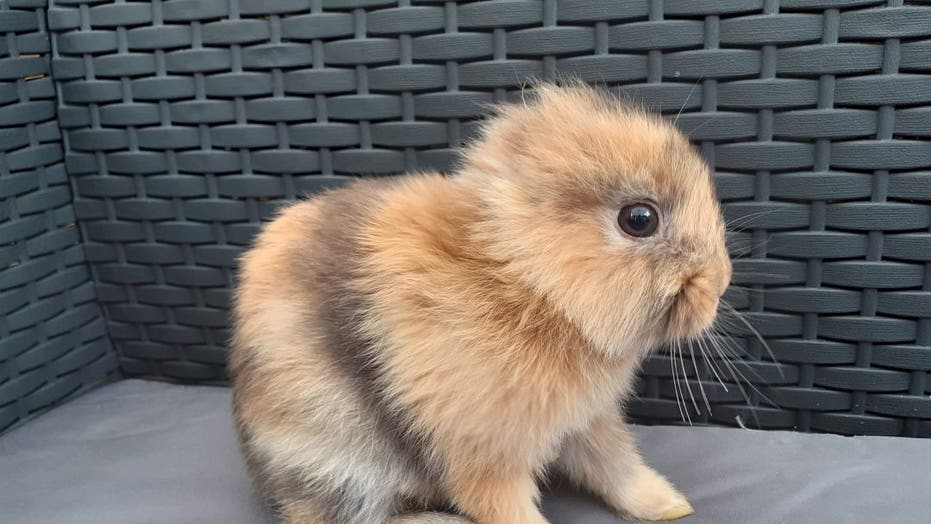 A rabbit in Northern Ireland has gone viral after it was born with no ears.

The bunny, known as Leo, was one of eight rabbits born to owner, Kylie Clarke, British news agency SWNS reports. Clarke was concerned that Leo would be severely affected by the affliction, but that hasn't been the case, Clarke said.

“I’ve never seen anything like it before," Kylie told the news outlet. “She’s just beautiful. We called her Leo because she just looks like a wee mini lion."

Leo the bunny was the only one of his eight siblings to enter the world without its trademark floppy lugs. (Credit: SWNS)

Clarke, 31, said that as soon as the rabbit was born, she knew something was off before realizing the tiny mammal did not have ears.

“I was really scared at the start, but when I started doing a bit more research, I realized it's so rare to happen but it can happen," Clarke added.

Owner Kylie Clarke, 31, was worried the bunny wouldn't survive or be able to hear. (Credit: SWNS)

Kylie noted that she gave away the other bunnies in the litter, but Leo is staying with her and her four children as a pet.

“I have four kids, two girls and two boys, they just think it's great," Clarke added. "They think its a miracle, if anything it gets more attention than the other rabbits.”