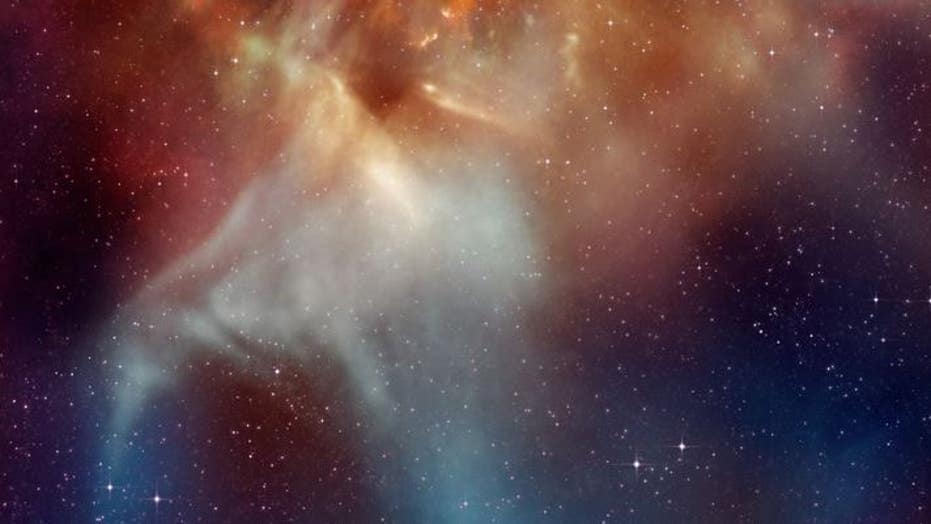 The gigantic red star Betelgeuse may have a dark secret in its past, according to scientists.

New research posits that the huge star, which has a diameter of 600 million miles, was once two stars -- until the larger star ate its smaller companion.

The star has a faster than normal rotational rate and is what's known as a runaway star, meaning that it is zooming along at 67,000 miles per hour, according to a report in Live Science.

"For such a famous star that everyone knows and loves, nobody has tried to explain the combination of these two things," Manos Chatzopoulos, an astronomer at Louisiana State University in Baton Rouge, told Live Science, referring to its odd rotation rate and speed. "So how do you put together these two facts?"

The red star Betelgeuse is seen above. (ESO/L. Calçada)

Chatzopoulos and his colleagues used advanced computer models to investigate these ideas.

"I think it's interesting," Andrea Dupree, a senior astrophysicist at the Harvard-Smithsonian Center for Astrophysics who was not involved in the work, told Live Science. Dupree and her colleagues previously proposed that Betelgeuse may have swallowed exoplanetary companions.

The scientists are going to submit their work to The Astrophysical Journal, they said.