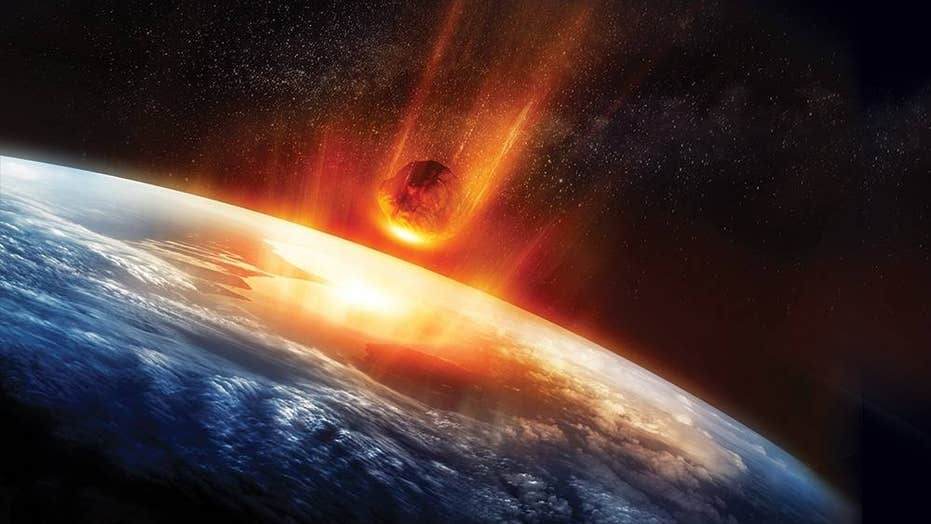 A meteor that struck Earth about 790,000 years ago covered 10 percent of the planet with black lumps of debris.

Although scientists know the melted terrestrial rock blanketed eastern Antarctica, the Indian Ocean and the western Pacific for more than 100 years, they were unable to find evidence of the meteor's impact.

Researchers probed some potential crater sites in southern China and northern Cambodia but ultimately ruled them out.

Scientists located a crater that resulted from a meteor impact about 790,000 years ago. (Fox News)

According to a new study, the ancient impact was under a field of cooled volcanic lava that spans almost 2,000 square miles in southern Laos on the Bolaven Plateau.

The force of the impact is believed to have created a rim measuring more than 300 feet tall, scientists report in the study.

The scientists found a site in southern Laos where fields of volcanic lava could have hidden signs of an older meteor impact. As Live Science reports, most of the lava flows in this area were also in the right age range: between 51,000 and 780,000 years old.

The findings were published online Dec. 30 in the journal Proceedings of the National Academy of Sciences.