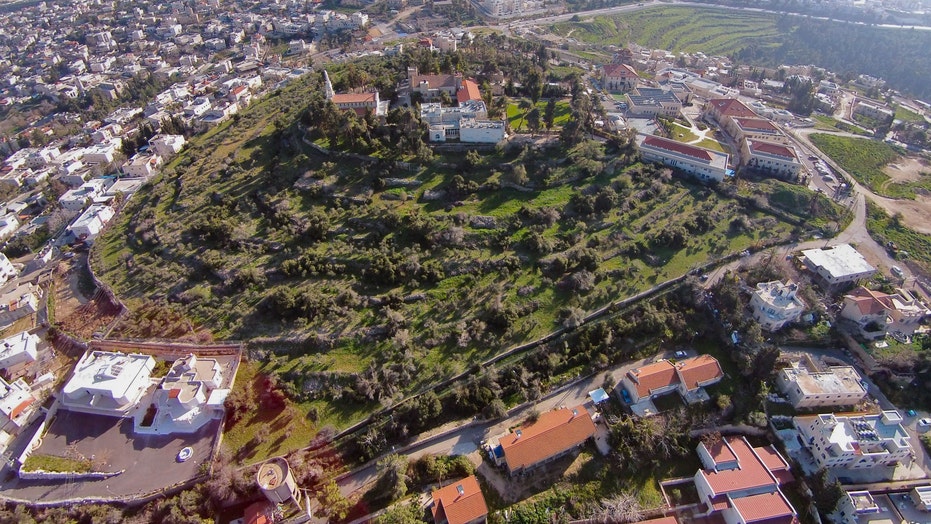 Archaeologists in Israel may have discovered the Biblical town of Emmaus, which is linked to Jesus’ resurrection and the Ark of the Covenant.

The fortification dates back to the Hellenistic period when ancient Greek influence in the region was strong. Tel Aviv University Professor Israel Finkelstein told Haaretz that the walls were repaired during the later period of Roman rule in the first century A.D.

Finkelstein and his fellow researchers suggest that the site could be the famous Biblical town, or village, of Emmaus. According to Christian tradition, Jesus appeared to two of his apostles on the road to Emmaus after his crucifixion and resurrection.

The hill on the outskirts of Abu Ghosh. (The Kiriath-Jearim Shmunis Family Excavations)

In Luke 24:13-35 Emmaus is described as being about 7 miles from Jerusalem. This corresponds with the distance between Kiriath-Jearim, Abu Ghosh and Jerusalem.

Kiriath-Jearim is also mentioned in the Bible as one of the places where the Ark of the Covenant stood. Last year Finkelstein and his fellow researchers reported that the site of Kiriath-Jearim is the hill on the outskirts of Abu Ghosh.

The latest research is described in a forthcoming paper published in the journal “New Studies in the Archaeology of Jerusalem and its Region.”

Other locations, however, have also been suggested as the site of Emmaus, such as the ancient Byzantine town of Emmaus Nicopolis and the modern village of Motza, according to Haaretz.

The dig at Kiriath-Jearim is a joint project of Tel Aviv University and the College de France, supported by the Shmunis family in San Francisco. Finkelstein, who leads the project with Thomas Romer and Christophe Nicolle of the College de France, told Fox News that the latest discoveries offer a fascinating glimpse into the site’s role in the ancient world.

“The finds at Kiriath-Jearim hint at its long-term role as guarding the approach to Jerusalem,” he explained, via email. “This can be seen in the Iron Age, Hellenistic and early Roman periods. The Hellenistic and Roman period remains shed light on the much-debated issue of the location of the New Testament’s Emmaus.”

The prominent Israeli archaeologist is renowned for taking an “evidence-based” approach to his research, which acknowledges the complexity of Biblical texts. “Reading the Bible, it is important to distinguish historical facts from the ideological/theological stances of the authors,” he told Fox News in 2017.