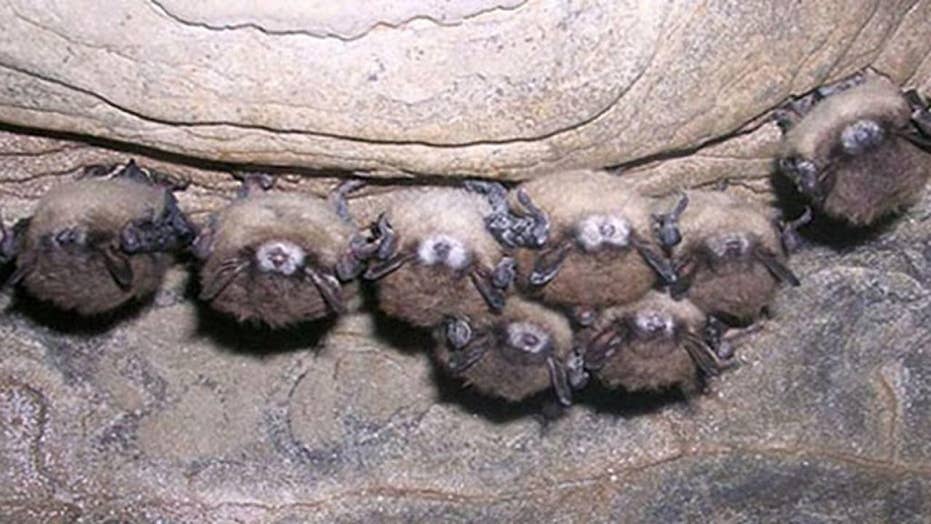 Bats in Minnesota dying from ‘white-nose syndrome; in areas of the state are seeing a dramatic population decline.

A fatal disease has drastically affected the bat population in Minnesota, the state’s department of natural resources announced Thursday, warning that residents could potentially see an increase in mosquitoes, moths and other insects without these winged creatures.

Officials said so-called "white-nose syndrome" (WNS) has a caused a “substantial” decline in the number of bats in the state, causing the population in at least one cave in southeastern Minnesota to see a 94 percent drop.

WNS, according to Minnesota Department of Natural Resources (DNR), typically affects hibernating bats. A white fungus grows around the animal's muzzle — hence its name — but can also affect the wings, tail and ears.

“While there may be a rare hibernaculum in Minnesota that hasn’t yet been impacted, WNS is likely to be present anywhere bats hibernate in the state,” Ed Quinn, a DNR natural resource program supervisor, said in a statement. At least four of Minnesota’s bat species hibernate, while another four migrate.

Since the disease was first confirmed in Minnesota in 2015, wildlife officials have taken measures to prevent its spread, as people can “inadvertently carry fungal spores to other caves on clothing and caving gear,” according to the Minnesota DNR, which noted WNS does not pose a threat to humans, pets or other animals and wildlife.

“For several years, public tours of Soudan Underground Mine and Mystery Cave have begun with a brief lesson on how to prevent the spread of WNS. Both before and after tours, visitors are required to walk across special mats designed to remove spores from footwear, and they are advised not to wear the same clothing, footwear or gear when visiting other caves or mines where bats may be present. Multiple washings in a standard washing machine will not provide sufficient decontamination,” the DNR explained.

Bats serve an important role in maintaining mosquito and moth populations, as many species of these animals “feed voraciously on insects,” the DNR says.

“Along with mosquitoes and other biting insects, bats also eat large numbers of moths. Some moths can damage farm crops and vegetable gardens, and bat losses to WNS could lead to increases in pesticide use,” the agency continued, noting some residents have told the DNR they have noticed a "dramatic increase in mosquitoes" compared to before WNS was identified in the state.

WNS does not only affect bats in Minnesota. In fact, the disease was first detected in eastern New York in 2007. It has since spread to 33 states and seven Canadian provinces, according to the DNR, which added more than six million bats have died as a result.